The name of the new FAC design comes from its length, FAC 46 is a 46.75 meters long vessel It’s a stealth vessel to decrease radar cross-section compared to similar-sized naval vessels. It is a monohull vessel, the hull part is made of steel while the superstructure part is sealium.

The FAC46 is designed to carry out a variety of missions mainly surface interdiction, asymmetric warfare, area patrol duties, counter-piracy operations, intercept, and boarding. It will be also capable to undertake the protection of EEZ, fishery, as well as Anti-smuggling and counter-narcotics operations. Other possible uses for the FAC46 include disaster relief and search and rescue operations.

The FAC 46 has a beam of 9.2 meters and a draft of 1.9 meters. It will be powered by three diesel engines and three waterjets, delivering a top speed exceeding 40 knots. The new design features 320 tons of displacement and has a range of 1000 nautical miles.

According to Dearsan company, the FAC46’s most prominent features will be its open system architecture, redundant systems approach, low RCS, high level of automation, as well its configurable combat system. 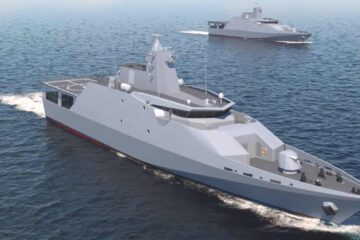 Tayfun Ozberk 16 Sep 2022
Turkish Dearsan Shipyard laid the keel of the first of two high-endurance offshore patrol vessels, the HE OPV 76, for the Nigerian Navy during a ceremony held at Dearsan's facilities in Istanbul on September 16, 2022. 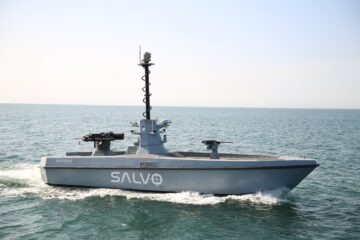 Tayfun Ozberk 25 May 2022
Turkish shipbuilder Dearsan's brand-new armed USV, the SALVO, conducted live firing trials in the Sea of Marmara on 25 May 2022.