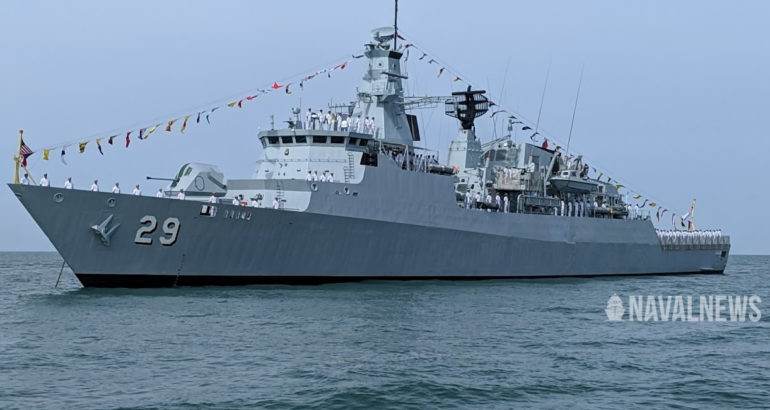 KD Jebat is the first Lekiu-class frigate to receive the CMS upgrade by MCT.

MCT was awarded a contract in April 2018 for the replacement of the entire combat management system (software + consoles in the CIC) fitted aboard one of the two Lekiu-class frigates of the Royal Malaysian Navy (RMN). The “Vibrant 01” system is replacing the existing “Nautis F” system (of BAE Systems origins) which has become obsolete after almost 25 years of operational service.

The “Vibrant 01” suite is composed of 8 multifunction consoles, a large horizontal tactical table for cooperative mission planning and navigation and two server racks. A touch screen version of the table is under development and available as an option for future upgrades. The models on display at LIMA 2019 did not feature the “touch screen” function.

The core software part, of Indian origin, is developed by C2C DB Systems, based in Bangalore. According to a company representative attending LIMA, this software has been selected to equip the future Vikrant aircraft carrier of the Indian Navy. This CMS is meant to be modular because it can be suited and integrated to all sizes of ships. Marine Crest Technologies’ vision is to eventually equip the entire RMN fleet, from the next batches of the LMS to the MRSS.

While the CMS selected for the Lekiu-class frigate upgrade are fully military specs compliance, MCT also presented at LIMA a marine standard based on “Commercial off the shelf” (COTS) components which will “effectively be much cheaper than the MILSPEC model” said Admiral (Ret.) Kamarul, the former Chief of Navy, who is the Group Advisor of T7 Global.

Concept of Fit For Purpose is the driving force behind what MCT intend to focus to meet future requirements by the potential customers, including those that faced similar challenges in term of costs as well as meeting effective Technology Transfer in a true sense.

The consoles are currently being installed aboard the Malaysian frigate KD Jebat (FFG29) in Lumut Naval Base. The entire system is set to be 100% qualified and operational with the RMN by August 2019. The frigate is also receiving a number of sensor upgrades: FCEO and FCRO and EOSS by Chess Dynamics. MCT is responsible for all the integration with the new systems supported by their technology partner and OEMs.

The RMN has produce many engineers (that are still serving or retired) who have vast experience in the development of CMS, in particular the Nautis.  MCT leverages on these very dedicated and passionate pool of Navy veterans. Couple with that MCT received excellent support from the Navy which has provided operational specialist as well as engineers that work hand in hand in the development of the CMS in Malaysia.  It is a win-win innovative collaboration and establish a higher level of trust, confidence as well as opportunity for both RMN and MCT.  In return, MCT provides many flexibility in term of changes and Variation Orders that the Navy requested.  Based on the typical previous CMS with foreign OEMs, changes and VO may contribute to delays and costs escalation due to commercial and contractual elements.  We are very confident that given the opportunity by the users and support by the Government, we can contribute to the national agenda and aspiration of the leadership and at the same time saves the Navy and government huge costs but still maintaining quality and capability.

The Royal Malaysian Navy “15 to 5” Transformation Program initiated by Admiral Kamarul (and which the new Chief of Navy, Admiral Reza, told us he would keep) is more than just platform procurement for LMS, LCS and MRSS. Behind it, there is a wide range of sub-programs and sub-systems for which the shipbuilding industry will be a source of proposals, especially the local, Malaysian, industry with local jobs. MCT’s indigenous combat system is a perfect example.

In moving the company forward, we believe that MCT has the capability and know how in providing a solution based approach, not just limiting to provide an alternative substitute or option to the foreign CMS.  The interest shown during LIMA 2019, is overwhelming and we are happy to take on the challenge for the other potential customers including the MMEA and other services both domestic as well as regional.  In moving forward, we intend to be focused on what we have and capable of delivering now and plan for incremental but sustainable growth in supporting the government’s policy on Defence Industries.

In my capacity as deputy defence minister, I visited two- thirds of the booths at the Mahsuri International Exhibition Centre and came away with two observations.
FIRST, Malaysia lacks exportable brands and products. The exhibition feels more like a show for foreign big brands selling us something that we may or may not need. […]
SECOND, more than half of the exhibition is about a computer system, which is a great entry point for Malaysia to make an impact in the quickest way. 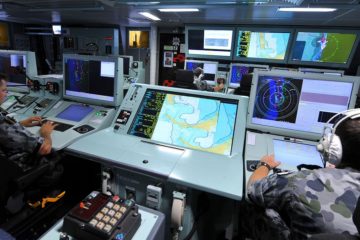