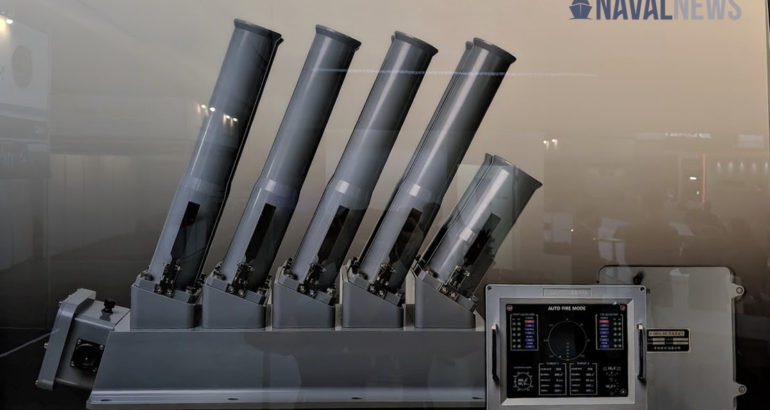 TS TECH previously designed and produced the K-RBOC system, fitted aboard PKX-A class of ships in the ROK Navy. K-RBOC is basically a chaff launcher. The new K-RBOC NG is based on the existing launcher but brings a compatibility with next generation decoys by Lacroix Defense, already designed for Lacroix’s own Sylenna Mk2 launcher (which was also on display at MADEX 2019).

LACROIX  Sylena can deploy a large panel of naval countermeasures such as:

MADEX was the opportunity for LACROIX to demonstrate the interoperability and interchangeability of its naval countermeasures SEALEM 08-01 (RF) and SEALIR 08-01 (IR) mortar munitions for all ROK Navy ships.

Naval News understands that another advantage of the corver reflector is that, contrary to typical chaff, it doesn’t mask the radar picture from the vessel deploying the decoys. It has been reported that chaff could mask (effectively blinding for a few seconds) vessels such as AEGIS destroyers. SEALEM has no impact on the radar of the launching vessel.

The K-RBOC NG launcher consists in 2×5 tubes. It can deploy:

A typical systems consists in two launchers, two power supplies and one control pannel with combat system interface, all designed and produced by TS TECH. Another key strength of the launcher is its very small footprint, allowing an easy installation aboard smaller vessel such as the PKX: 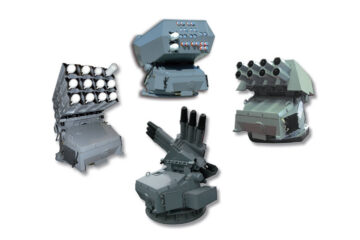 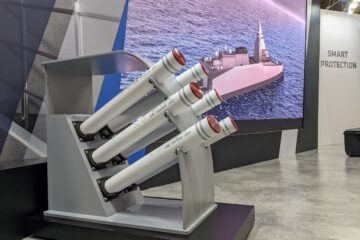