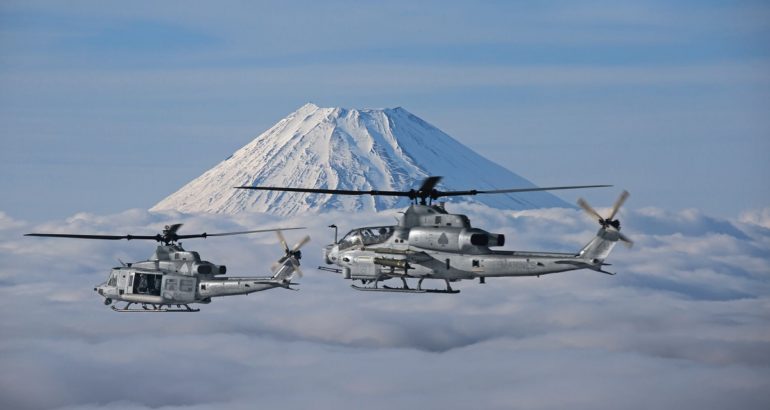 MAST Asia 2019: AH-1Z Would Be a Good Fit for JGSDF Amphibious Brigade – Bell

At MAST Asia 2019, the defense exhibition and conference currently held near Tokyo, Japan, Bell Helicopter is showcasing its combat-proven AH-1Z. The company is convinced that its Viper would be the right solution for the JGSDF.

Naval News: Why do you think the AH-1Z is the right helicopter for Japan’s Self Defense Forces ?

John Woodbery: The Bell AH-1Z is the only marinized attack helicopter in the world that can operate off the ship and built for maritime operations, which best fit JGSDF’s remote island defense to provide maximum close air support for their Amphibious Rapid Deployment Brigade.

Naval News: What is Bell’s current track record with the Viper ?

John Woodbery: First delivered to the United States Marine Corps in 2006, the AH-1Z is combat proven, serving the USMC in Afghanistan and Iraq. Recently, the Royal Bahraini Air Force confirmed its order for 12 Vipers, which will be delivered from the second half of 2022.

Naval News: Is the AH-1Z be fully compatible with the JMSDF Helicopter Destroyers (Izumo and Hyuga-class) as well as LST (Osumi-class)?

John Woodbery: The marinized AH-1Z will be fully compatible with the Izumo, Hyuga and Osumi class ships as it is designed to operate off ships. Marinization is more than just corrosion protection against saltwater. Electromagnetic interference is also one of the largest concerns for aircraft’s ship operation and the AH-1Z is built to ensure that a ship’s powerful radar does not interfere with its onboard systems.  Another aspect of marinization is around space management as space is limited on a ship. For example, the AH-1Z comes with foldable blades and its maintenance footprint is designed to be small.

Naval News: Would the JGSDF be getting a customized version of the Viper? Or a similar variant/standard as the ones currently in use with the USMC?

John Woodbery: It is too early to tell which version the JGSDF would be getting but we look forward to working closely with the JGSDF to ensure they have the right variant that meets their needs. That being said, it is clear that the JGSDF need an advance attack helicopter that can operate in a maritime environment and onboard a ship, which the AH-1Z is built to do. Finally, with the USMC presence in Okinawa, interoperability with the USMC is a key factor for the JGSDF. Selecting the AH-1Z, will enable the JGSDF to train and operate even more seamlessly with the USMC in Okinawa.

Naval News: Regarding the Japanese V-22 program, how many units have been delivered so far? Is Bell on track?

John Woodbery: The Japanese V-22 program continues to progress well with production of the 17 required by Japan already started. The V-22 recently celebrated its 30th anniversary of its first flight in March this year and has around 360 aircraft operating globally with more than 450,000 flight hours.

Naval News: With the newly created Japanese Marine Corps, do you expect some rotary wing requirements to emerge for this new service?

John Woodbery: There is no new service creation on top of JGSDF, JMSDF and JASDF.  The JGSDF has various rotary wing fleets but their existing attack helicopters are not designed for battle in the maritime environment.  The change in threat environment has required JMOD to focus on the Southwestern island defense, which led to a creation of Amphibious Rapid Deployment Brigade (ARDB).  The Bell AH-1Z is built to operate both on land and sea, providing organic fire support to ARDB.