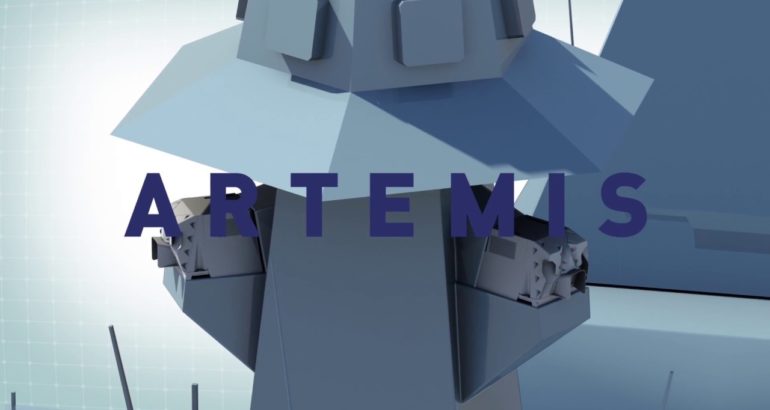 According to Thales, Artemis is a fully passive infrared surveillance system able to automatically detect, track and classify both air and surface tar-gets simultaneously. Artemis is able to detect and track maneuvering and stealthy threats as well as surface asymmetric threats. The distributed sensor architecture allows Artemis to perform a full panoramic and wide elevation coverage without any blind sector.

Artemis is the IRST system fitted aboard the FREMM multi-mission frigates of the French Navy as well as on aircraft carrier Charles de Gaulle.

According to Thales, there is currently no equivalent system used by the JMSDF or proposed by the Japanese industry. Thales could offer the Artemis solution via a cooperation with the local industry. Thales has previously cooperated with local companies such as Itachi and more recently with Mitsubishi Heavy Industries for the OZZ-5 UUV (fitted with Thales SAMDIS sonars).

Mitsubishi Heavy Industries is currently under contract to build the first 30FFM frigate of the first baseline, while Mitsui will build the second one (of baseline 1). The 30FFM program calls for a total of 20 frigates, including 8 in the baseline 1 configuration. The baseline 2 will feature more advanced systems. There will be a baseline 3 down the road as well.