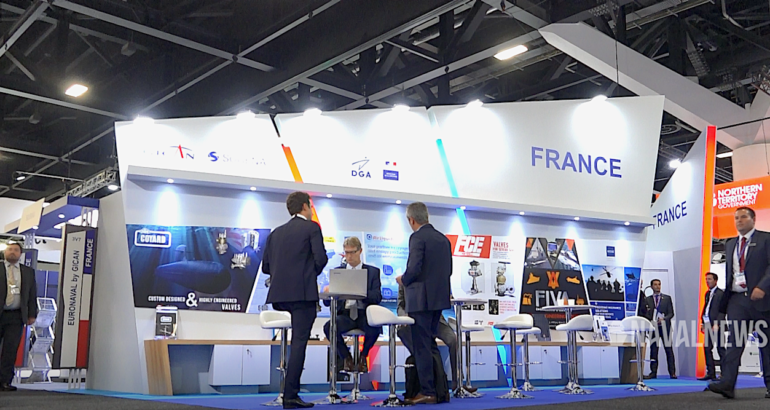 At the 2019 PACIFIC International Maritime Exposition, which is held in Sydney (Australia) until 10 October, the French Marine Industry Group (GICAN) is bringing together the largest delegation of businesses in the France Pavilion, with 26 businesses at its stand and, for the first time, 11 under the Australian flag or in connection with a local partner – a sign that French shipbuilding manufacturers are developing partnerships with Australian manufacturers.

14 French businesses also attends as part of the Maritime Connection Days delegation or in their own capacity on their stand: in all, more than 50 French businesses is represented in the French delegation to commit to driving forward the development of Australian industry with local partners.

In the wake of the Australian Government’s selection of Naval Group to build 12 Attack-class submarines, the GICAN is supporting the location of its members and the French shipbuilding industry in Australia, on the defence and civil markets, bolstered by the dynamic diplomatic and industrial relations between the two countries. Two Maritime Connection Days assignments have been carried out on-site by Business France, and a raft of inter-business agreements have already been secured during the EURONAVAL exhibition, which was held in France in October 2018. Since January 2019, the GICAN has been running an International Internship (VIE) in Adelaide, where the submarine building site is based, to coordinate the location and local contacts of French businesses.

What is more, 11 French shipbuilding manufacturers is exhibiting under an Australian flag or with their Australian partner, in a clear sign of their commitment to developing their partnerships in Australia, encouraged by the GICAN and Naval Group:

In all, there is more than 50 French businesses attending the PACIFIC exhibition, alongside their Australian partners, within the Maritime Connection Days delegation or on their own stand.

A Franco-Australian event will be held at the PACIFIC exhibition on the morning of Wednesday 9 October, attended by all of the industrial and institutional partners from the two countries, particularly several ministers, the Australian Department of Defence, France’s Ambassador to Australia and the General Secretary of the GICAN, Mr Hervé Guillou.

Hervé Guillou, General Secretary of the GICAN and CEO of Naval Group, says: “Nearly a year on from EURONAVAL 2018, where Australia represented the largest delegation of businesses, the fact that more than 50 French businesses are now attending PACIFIC 2019 once again underscores the significance of the industrial relationship and growing cooperation between the two countries. The Australian future submarine programme – in which the strategic partnership agreement signed between Naval Group and the Commonwealth of Australia last February represents a key milestone – is a tremendous opportunity for French and Australian shipbuilding companies alike, and should help to drive forward development of the local industrial fabric. This call has once again been heeded by manufacturers, and we are delighted with the potential this presence harbours in terms of working together”.

Ian Honnery, CEO of the PACIFIC 2019 exhibition, says: “At this crucial time for the development of Australia’s future submarines, industry, the Government and local defence are set to benefit hugely from the GICAN and 50 French maritime businesses attending the PACIFIC 2019 exhibition. Their physical presence will be instrumental in building effective partnerships and cooperative frameworks with Australian industry”.