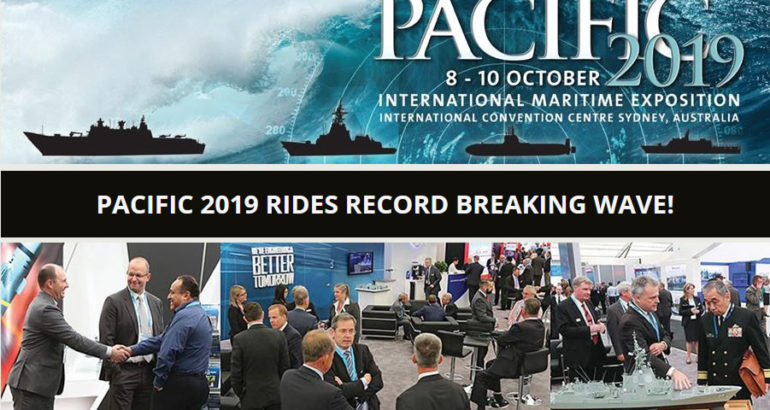 The biennial PACIFIC 2019 International Maritime Exposition will ride a record-breaking wave of industry support in to Sydney’s Darling Harbour next week, with unprecedented levels of participation from exhibitor organisations, official delegations and conference organisers that will make the 2019 event the largest in PACIFIC’s 20-year history.

The three-day exposition, to be held from Tuesday 8 October to Thursday 10 October at Sydney’s International Convention Centre, will combine a comprehensive industry and defence conference program, business to business and business to government networking functions and an extensive international industry exhibition.

It will be a platform for engagement between industry, Defence, Government and academia from Australia, the Indo-Asia-Pacific region and around the world.

The previous Pacific International Maritime Exposition in 2017 attracted 16,765 attendances over its three days. With strong support from industry, government, the Department of Defence and Royal Australian Navy, PACIFIC 2019 is on track to exceed that figure.

“PACIFIC 2019 is underway during one of the most dynamic periods in the region’s defence and commercial maritime history. The Royal Australian Navy is implementing its largest capability acquisition program since World War Two. This is an unprecedented opportunity for Australian industry, and surrounding nations are taking note of the technologies and strategies involved in that process. The Indo-Asia-Pacific region also boasts some of the largest shipbuilding nations in the world and some of the world’s busiest ports, in countries that are heavily dependent on the free movement of commercial shipping, offering challenges for commercial operators and naval defence forces alike. There is no better time to bring together the key decision makers in both commercial and military maritime. We are honoured that the strong level of support we have received once again underlines PACIFIC 2019’s position as the region’s premier platform for the engagement and debate which is fundamental to ensuring the future of the maritime community. PACIFIC 2019 is organised by our national not-for-profit foundation, created to promote the development of Australia’s industrial, manufacturing and information / communications technology resources in the commercial maritime and naval defence sectors. Pacific does this by providing an international forum and promotional platform that takes Australia to the world by bringing the world to Australia.” 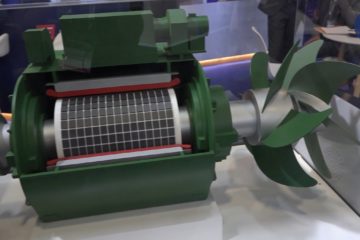 Xavier Vavasseur 15 Oct 2019
Day 3 for the French industry at the PACIFIC 2019 exposition in Sydney, Australia. Overview of the French pavilion federated by GICAN.

PACIFIC 2019: Lockheed Martin Hoping to Send LRASM Down Under 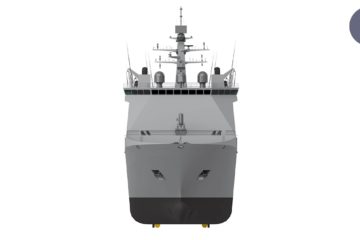