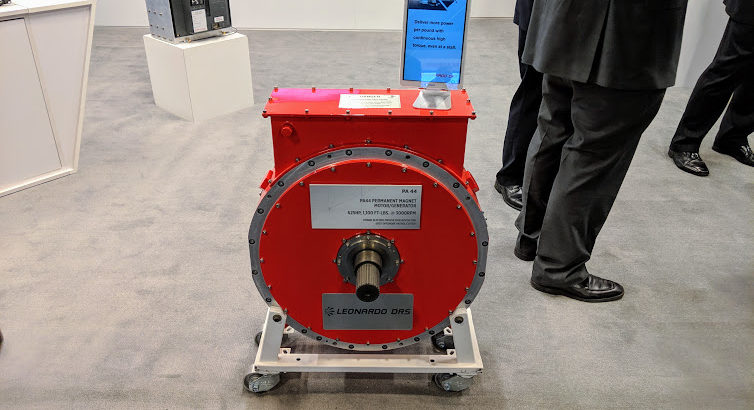 Leonardo DRS, Inc. announced today that it will provide a second hybrid electric drive system for the U.S. Coast Guard’s next Offshore Patrol Cutter (OPC) under a contract from Eastern Shipbuilding.  Eastern Shipbuilding is the prime contractor and builder of these next-generation OPCs.

Under the contract, originally announced in 2017, Leonardo DRS would provide the HED systems for the first nine ships of the OPC program with a contract value totaling $10.7 million. The first HED system is set to be delivered in mid-2019.

Under the contract, Leonardo DRS will provide its high-performance, permanent magnet motor based Auxiliary Propulsion System.  This integrated hybrid electric drive system provides capability for the ship to operate much more efficiently at slower speeds, increases mission duration capability, reduces emissions and provides emergency take-home capability in the event of a failure of the main propulsion diesel engines. When coupled to the main propulsion gearbox, the system allows the ship to operate quietly and efficiently during loitering operations while providing superior fuel economy for increased on-station operations and capability.

“Our hybrid electric drive will offer crews of these new ships operational flexibility when they need it, while significantly increasing cost savings in yearly maintenance and fuel,” said Christine Borglin, Senior Program Manager for DRS Naval Power Systems. “As we move from design and development onto production of the first HED system, and now to this second drive, we are proud to continue to be a part of the Eastern Shipbuilding team for this vital program,” Borglin said.

The Auxiliary Propulsion System is designed and built by Leonardo DRS, a leader in naval hybrid electric drive propulsion technology.  The system includes two of the most power-dense permanent magnet motors on the market today.  They have significant advantages in size, weight, efficiency and performance over conventional electric induction motors and produce more torque from the same amount of supplied current.  Their smaller footprint allows greater flexibility in engine room design and increased cargo space, while the simpler more rugged construction results in proven reliability and durability.

Using propulsion diesel engines at slow speeds adds significant wear and tear on the engines and increases the potential for coking/wet stacking.  By adding this electric Auxiliary Propulsion System, the Coast Guard will have a built-in advantage of reducing fuel, maintenance requirements and lifecycle costs, while increasing safety for the fleet.