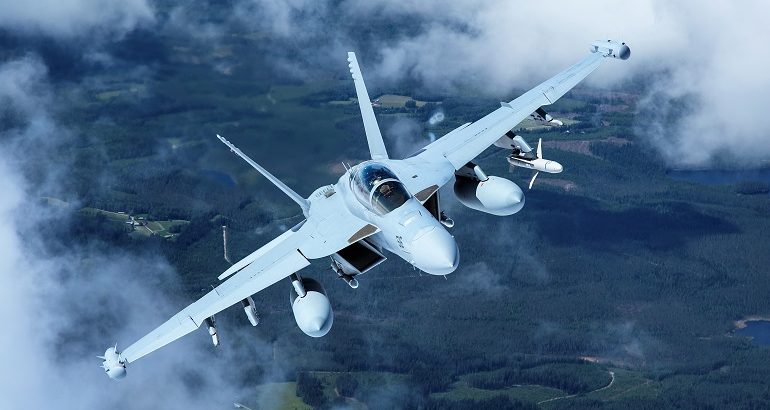 The U.S. Department of Defense has authorized the U.S. Navy and Boeing to offer the EA-18G Growler to Finland. Previously only the Royal Australian Air Force had been permitted to fly the Growler alongside the U.S. Navy. (Boeing photo)

Boeing and the U.S. Navy have received U.S. Department of Defense approval to offer the EA-18G Growler to Finland. Previously only Australia had been authorized to purchase the airborne electronic attack (AEA) aircraft.

Boeing and the Navy have offered the Growler and F/A-18 Super Hornet in a response to query issued by the Finnish Ministry of Defense as part of their HX fighter program procurement.

An F/A-18 variant, the Growler is the world’s most advanced AEA platform and the only one in production today. It’s capable of disrupting, deceiving or denying a broad range of military electronic systems including radar and communication systems.

In addition to the U.S. Navy, the Growler is flown by the Royal Australian Air Force.