You are at :Home»News»Ford-class Ship Self Defense System Excels in first live-fire test 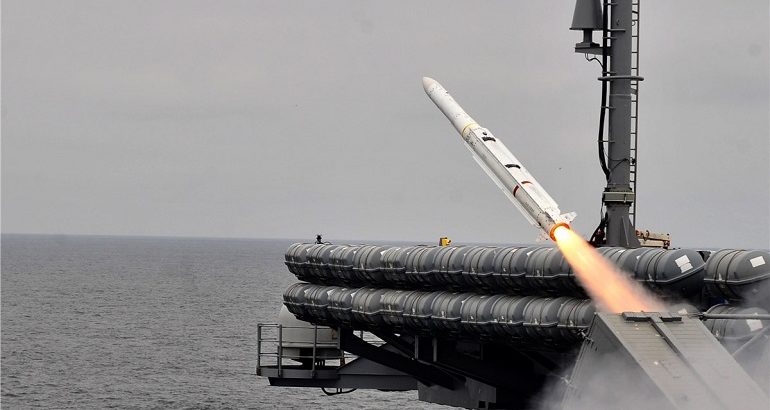 US Navy file picture: Launch of an ESSM.

Raytheon and the U.S. Navy have successfully completed the first-ever, live fire test of the latest generation of the Ship Self Defense System, or SSDS, Integrated Combat System on the Self Defense Test Ship.

The test, conducted for USS Gerald R. Ford (CVN 78), the first of the Navy’s newest class of aircraft carriers, successfully engaged an unmanned aerial vehicle target off the coast of California.

“The design of our Ship Self Defense System enabled seamless integration of the sensors and missiles with the CVN 78 combat system during this first-of-its-kind test, proving the ability of the system to defend our sailors,” said Mike Fabel, Raytheon’s SSDS program manager. “This integrated combat system success brings Ford [herself] one step closer to operational testing and deployment.”

Background on SSDS
Proven and deployed, SSDS is an open, distributed combat management system in service on US carriers and amphibious ships, including CVN, LSD, LPD, LHA and LHD classes. SSDS MK 2 is the premier self-defense system for the U.S. Navy. SSDS is integrated with Raytheon’s Cooperative Engagement Capability for the seamless extraction and distribution of sensor-derived information. This further enhances each ship’s anti-air warfare capability through sharing of available data to all participating CEC units, improving situational awareness, increasing range, and enabling cooperative, multiple, or layered engagement strategies.