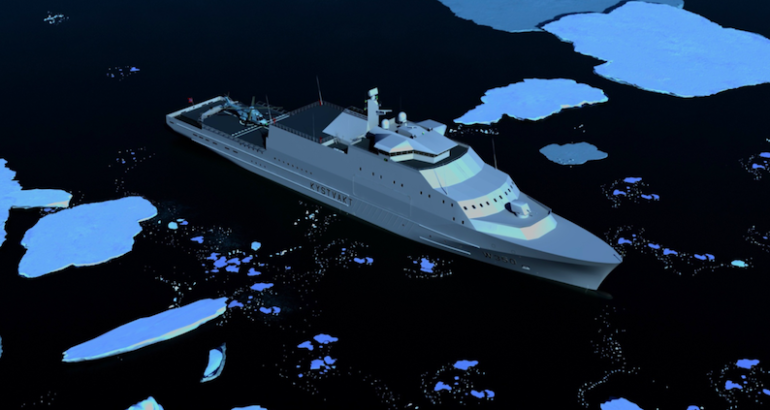 The 9LV FCS is used to detect, monitor and combat threats with unpreceded accuracy.

Vard Group is building the Jan Mayen class vessels with the first delivery planned for 2022. Saab will undertake the work in Järfälla, Sweden.

The 9LV FCS provides rapid, reliable defence against any threat in any environment, including advanced sea-skimming missiles and asymmetric surface threats. One of the core components, Ceros 200, is based on radar and optronic technology which gives the system very high precision in all weather conditions. It is used on more than 200 ships around the world.

The Norwegian Coast Guard intends to acquire a new helicopter-carrying vessel with ice capability in order to maintain the service’s capability with regard to organic helicopters. The vessel shall be able to perform all operations in a safe manner up to and including sea state 5.

Norwegian Coast Guard’s requirements include an ice strengthened ship powered by a Diesel electric propulsion allowing a speed of up to 22 knots. The ship must provide an endurance of eight weeks and accommodation for maximum 100 persons.

A multirole ship, the P6615 class will have a helicopter capability for AW101 size rotorcraft on deck and two NH90s stored in the hangar. It will receive hospital facilities and operation rooms arranged to support both military and civilian operations.

Military equipment include a gun and machine guns, as well as facilities for two special purposes RHIBs, sonar, echo sounder and storage support for torpedos and mines for ASW helicopters.