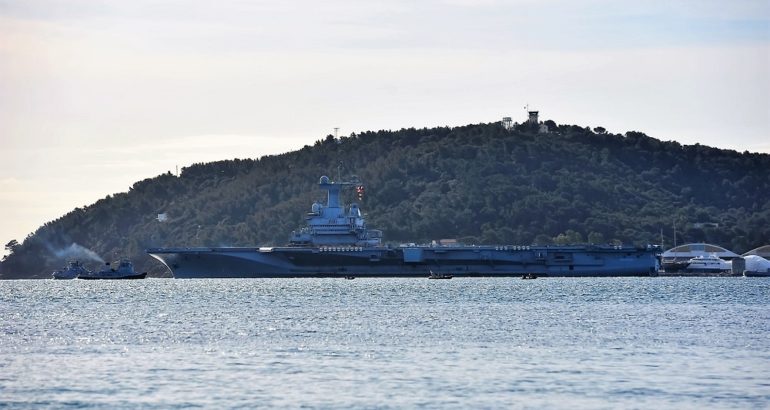 This is Charles de Gaulle’s first deployment following its 18 month-long mid-life refit. As part of NATO Task Force 473 the CSG will operate in the Mediterranean, Red Sea, Indian Ocean and Southeast Asia. The task force should reach Singapore in late May.

According to the French Navy, Task Force 473 offers France and its allies multiple capabilities, adaptable to any situation: power projection, airspace control, maritime intelligence, etc. During its deployment, this naval task force will be able to intervene according to the operational needs and to counter the threats weighing on the interests of France. The integration of the airwing into Operation Chammal (operation above Syria), during its presence in the eastern Mediterranean, thus comes within this framework. After significantly contributing to the fight against Daesh in three previous deployments, the CSG will reinforce the French military in the area and will provide the coalition with its air surveillance, intervention and situational assessment capacity to fight against Daesh.

In addition, this deployment will enable France to strengthen its strategic partnerships by developing strong links, work habits and mutual knowledge essential to operational efficiency. Exchanges and combined exercises will be conducted throughout the deployment, especially with Australia, Egypt, India and Japan.