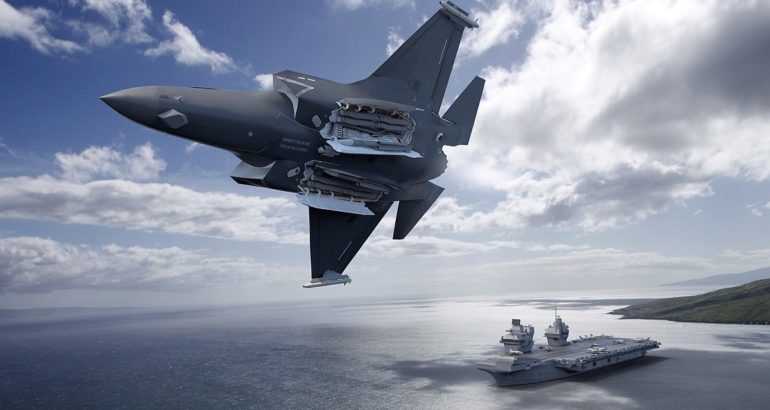 Work for the integration of MBDA's METEOR and SPEAR missiles onto the UK's F-35 Fleet has begun. SPEAR will be the anti-ship weapon of choice for UK pilots in the absence of a true anti-ship missile.

Under this initial package of work BAE Systems and Lockheed Martin will also complete further integration work with MBDA on ASRAAM and with Raytheon on Paveway® IV, initially integrated in support of delivering Initial Operating Capability for the UK.

In the absence (for the time being) of any real plan to integrate and procure a true anti-ship missile for British F-35s, MBDA’s SPEAR represents the best option available for ASUW missions. Each F-35Bs on board the Royal Navy aircraft carriers would be able to deploy up to 8x SPEAR missiles while remaining low observable (thanks to the weapons bay). Thanks to SPEAR, F-35 would have a real anti-ship capability. Despite its subsonic speed and relatively small warhead (for anti-ship role) a single F-35 could theoretically launch a saturating attack of 8 missiles against a surface vessel. This is probably enough to disable or put out of combat even a frigate size vessel in most cases.

According to MBDA, recent conflicts have demonstrated the need for precision strike weapons that can operate night and day in all weather conditions against severe countermeasures and importantly attack moving and manoeuvering targets. Powered by a turbojet engine, SPEAR has the beyond horizon reach to ensure that the aircraft remains safely away from hostile air defence units.