You are at :Home»News»Simbad-RC VSHORAD system selected for Philippine Navy’s future frigates 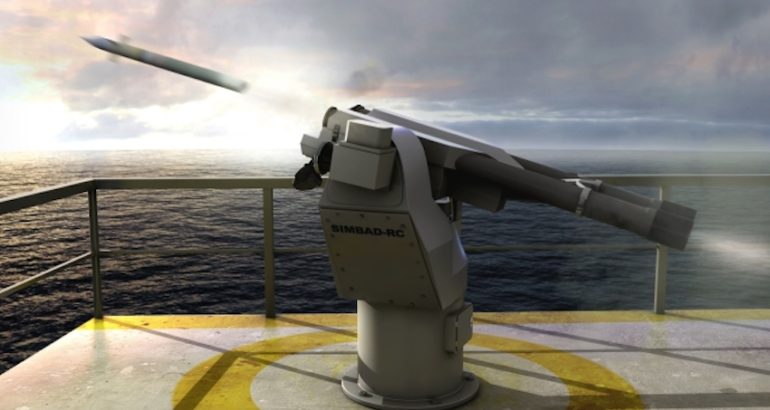 In an notice published on January 30, the Philippine Department of National Defense published a notice announcing it bagged a 10.7 million Euros (US$ 12 million) deal with MBDA for the delivery of the surface-to-air missile systems.

“This is to inform you that the proposal of MBDA France for the Acquisition of Frigate Lot 2 (Missiles and Munition) — Lot 2B Surface-to-Air Missile Project of the Philippine Navy, with a corresponding contract price in the amount of Ten Million Six Hundred Ninety Thousand Euros is hereby accepted,” the country’s Defense Secretary Delfin Lorenzana said in the notice.

SIMBAD RC is already in production and in service with three navies. One of them is the Royal Saudi Navy which selected the system for the mid-life upgrade of its four Al Madinah-class (Sawari I) frigates and its two Boraida-class vessels as part of the LEX programme. The Philippine Navy becomes the fourth customer of the system and the first one in Asia.

The Philippines and HHI signed a US$300 million contract for the two missile frigates and another US$ 38 million order for the weapon systems. The first frigate will be delivered by 2020, and the second one, in 2021.