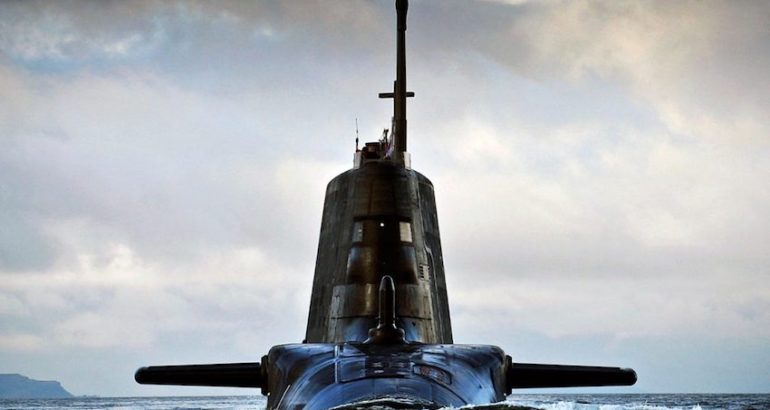 The scope includes Astute Visual Systems additional services, the incorporation of support to the existing Maritime Electronic Warfare System Block1, as well as additional services in respect of security accreditation for the Sonar 2076 equipment. Thales UK will also provide additional spares and test equipment for the Sonar 2093 legacy equipment, and dome maintenance and refurbishment work on the Outboard Integrated Sonar System for the legacy Sonar 2050 system.

Thales’ Sonar 2076 has been developed for the Royal Navy as part of the Swiftsure and Trafalgar Class Final Phase Update and is also being fitted to the Astute Class submarines. The system consists of a comprehensive suite of outboard arrays, combined with an inboard processing capacity. The only significant difference for the systems fitted to Astute is the provision of a Towed Array Handling System capable of reeling the Sonar 2076 towed array. The Sonar 2093 is a Variable Depth Mine Hunting Sonar (VDS). Its winch carries 300m of armoured tow cable to provide a unique high depth mine hunting capability thanks to the multiple search and classification frequencies capabilities.

The latest class of nuclear-powered fleet submarines (SSNs) in service with the Royal Navy, Astute submarines are being constructed by BAE Systems at Barrow-in-Furness. The 4th and 5th boats, HMS Audacious and HMS Anson, are scheduled for commissioning respectively in 2019 and 2020