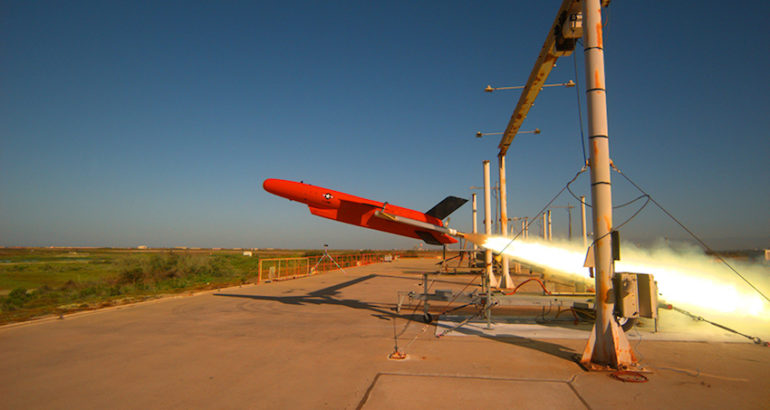 “BQM-177A represents the current threats to our forces and delivers improvements in speed and maneuverability to the subsonic target inventory,” said Capt. Molly Boron, Navy Aerial Targets (PMA-208) program manager. “I am proud of the collaborative work between our subsonic integrated product team and the operators at Pacific Targets and Marine Operations for reaching this milestone.”

Produced by Kratos, the BQM-177A is a recoverable target that will replace the legacy recoverable BQM-74E target with a modernized subsonic target with increased capabilities.

Capable of speeds in excess of 0.95 Mach and a sea-skimming altitude as low as 10 feet, the BQM-177A is powered by a TR 60-5 turbojet engine. It is 5,18 meters long and has a 2,1 meters wingspan. The system is able to carry a number of internal and external payloads, including proximity scoring, identification friend or foe (IFF), and passive and active radio frequency (RF) augmentation.

When the target reaches full operational capability, it will conduct both land and ship-based operations.