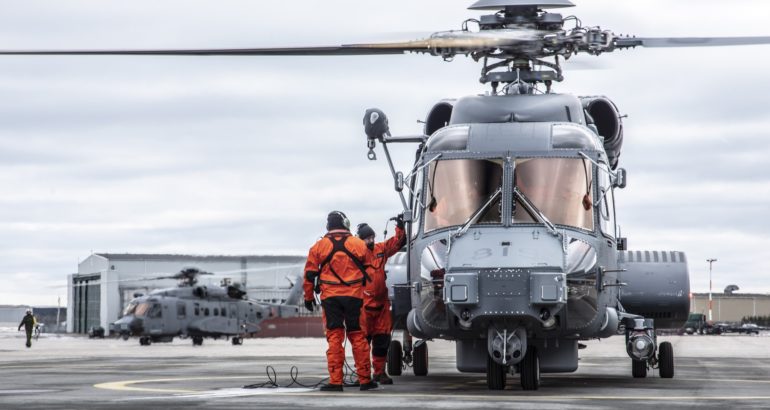 The 16th and 17th CH-148 Cyclone maritime helicopter have been delivered. RCAF picture.

The Royal Canadian Air Force recently welcomed two new CH-148 Cyclone helicopters – the 16th and 17th helicopters delivered under the Maritime Helicopter Project. All 28 are expected to be delivered by December 2021.

According to the RCAF, this new fleet of aircraft is at the forefront of modern technology and one of the most capable maritime helicopters in the world.

The Cyclone serves a number of key roles and participate in a variety of activities. It conducts anti-submarine warfare (ASW), surveillance, and search and rescue missions. It also provides tactical transport for national and international security efforts. This twin-engine helicopter is compatible with the latest high-tech naval frigates and includes several new safety features. Its aluminum and composite airframe is built with lightning-strike and high-intensity radio frequency pulse protection. The aircraft also incorporates flaw tolerance and engine burst containment.