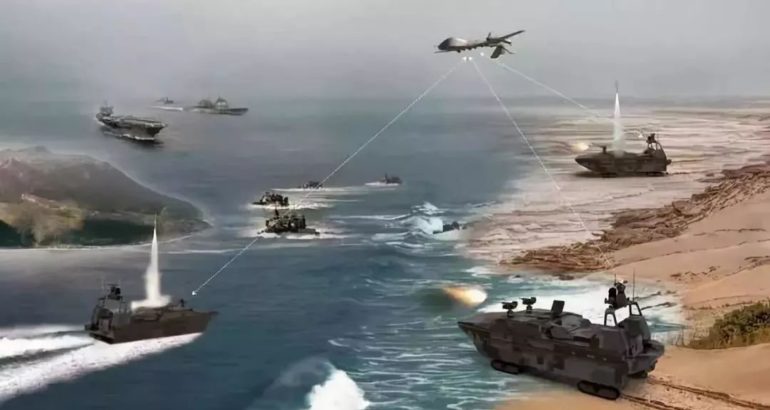 The Marine Lizard has a length of 12 meters, a width of 4.14 meters and a maximum water speed of 50 knots. It is equipped with an advanced navigation and fire control system that includes the Beidou navigation system (the so-called Chinese DPS), a situational awareness system that combines images from high-quality cameras of visible and infrared light with data from lidars and radars. All this data is transmitted to a remote control center, which can be placed aboard a surface ship of the PLA Navy.

According to Qingdao Wuchuan Heavy Industry, the Marine Lizard is designed for operations on disputed islands in the South China Sea, such as: high-speed water delivery, landing of an amphibious assault force on an unequipped coast, supply of military units deployed on artificial reefs controlled by the People’s Republic of China in the Spratly island, protection and patrol of the coastal zone…