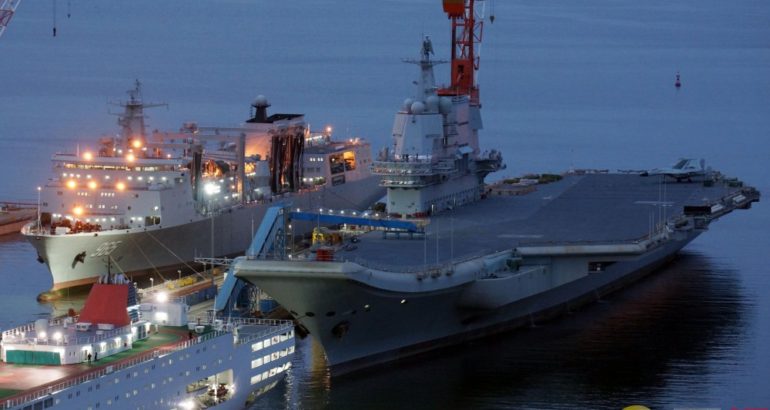 The vessel is designed to replenish carrier strike groups and other types of vessels on the high seas. It is one of the world’s largest supply vessel, with a reported total displacement of 48,000 tons, a length of 241 meters and a width of 32 meters.

Type 901 is fitted with 5x wet cargo transfer stations (3 on port side) for fuel and water, as well as and 2x dry cargo stations which is comparable with the future class of US Navy supply vessel, the T-AO(X) John Lewis-class displacing 50,406 metric tons with a length of 227 meters

Hulunhu (Hulun Lake) has a sister-ship, Chaganhu (Chagan Lake) which was launched in June 2017 and commissioned with the PLAN North Sea Fleet in December 2018.

The Type 002 aircraft carrier was launched on 26 April 2017 for the PLAN. It is the country’s second aircraft carrier after the Liaoning, and the first one built domestically. Below is a recent photo of Type 002 from April 26, 2019.