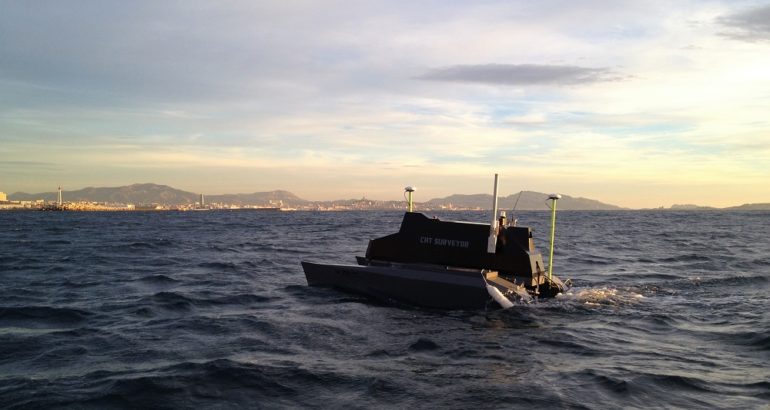 The French defense procurement agency (DGA) issued a Request for Information (RFI) for the procurement of 20 unmanned surface vessels (USV) to fulfill bathymetry missions for the French Navy (Marine Nationale).

According to the tender documentation, the market consists in the delivery of new USVs that are autonomous, adaptable and modular. The largest dimension should be less than about 1.7 meters in transport configuration and less than about 2.2 meters in operational configuration so that the drones can be handled by two or three people without handling means. The weight of the drone should not exceed 100 kg, excluding payload, and the drone must be able to accomodate a load of about 50 kg.

As an indication, the USVs will be equipped with a multibeam bathymetric system (including an inertial unit and a CTD [Conductivity Temperature Depth] probe) to be provided under the contract. The USVs should have dedicated spaces allowing the addition of other payloads. The bathymetric sounder will map the seabed with a vertical precision of the order of one centimeter for a range of depth of at least up to 250 m. As an indication, each drone must be able to operate in autopilot mode and remotely remote controlled mode with an endurance greater than 3 hours at nominal speed.

In autopilot mode, the drones will be equipped with an anti-collision system and a point-finding system. The drone will have a low draft and will have to reach a nominal speed of 3 to 5 knots and a top speed of at least 10 knots. The drone can be deployed in different cases such as the collection of information in a lake, port or at sea. The associated services include training, a mission preparation and management system, use and maintenance documentation and spare parts.