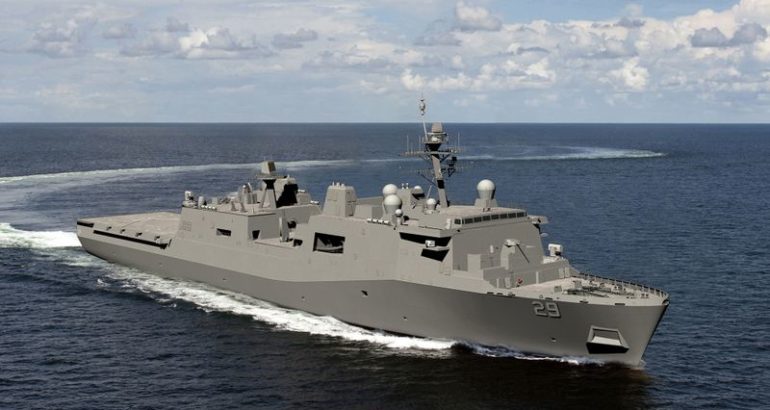 LPD 29 is the first U.S. Navy ship named in honor of Richard M. McCool Jr., who received the Medal of Honor for “conspicuous gallantry and intrepidity at the risk of his life above and beyond the call of duty” as commanding officer of infantry landing support craft during the Battle of Okinawa.

The future USS Richard M. McCool Jr. (LPD 29), currently under construction at Huntington Ingalls Industries Shipyard in Pascagoula, Mississippi, will be the first of many amphibious ships delivered to the Navy with common rail fuel injection MPDEs.

Ingalls has built and delivered 11 San Antonio-class ships. The 11th, Portland (LPD 27), will be commissioned on April 21 in Portland, Oregon. The 12th, Fort Lauderdale, is under construction and is expected to launch in the first quarter of 2020. Preliminary work has begun on LPD 29, and the start of fabrication will take place later this year.

The San Antonio class is a major part of the US Navy’s 21st century amphibious assault force. The 684-foot-long, 105-foot-wide ships are used to embark and land Marines, their equipment and supplies ashore via air cushion or conventional landing craft and amphibious assault vehicles, augmented by helicopters or vertical takeoff and landing aircraft such as the MV-22 Osprey.