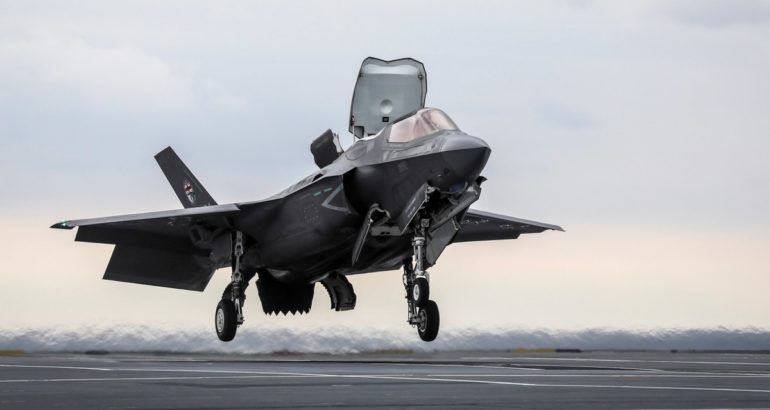 “The need for precision landings in harsh environments isn’t limited to one military service and one airplane,” said Matt Gilligan, vice president at Raytheon’s Intelligence, Information and Services business. “JPALS can help any fixed or rotary-wing aircraft land in rugged, low-visibility environments at austere bases worldwide.”

The proof-of-concept event showed how the GPS-based system, which is currently used to guide F-35Bs onto ships in all weather, could be reconfigured into a mobile version to support landings in a traditional airport setting.

During the demonstration, F-35B pilots used the JPALS system on the jet to connect with the expeditionary system on the ground from 200 nautical miles away. From there, the system guided the pilot to a designated landing point on the runway.

Currently in five transit cases, it could be repackaged for a variety of small transit vehicles transportable by C-130. Once on the ground, the system can be fully operational in under 90 minutes.