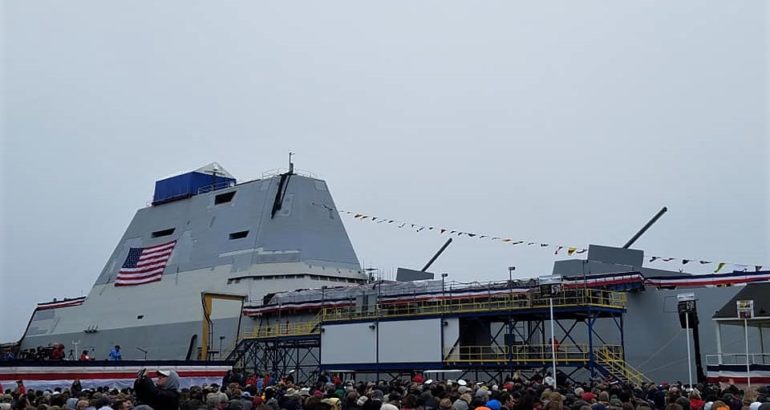 The third ship in the Zumwalt-class, DDG 1002 is named in honor of late President Lyndon B. Johnson, who served in office from 1963-1969, and will be the first ship to bear his name.

The multi-mission Zumwalt-class destroyers will be capable of performing a range of deterrence, power projection, sea control, and command and control missions while allowing the Navy to evolve with new systems and missions. Zumwalt ships are 610 feet long, have a beam of 80.7 feet, displace almost 16,000 tons, and are capable of making 30 knots speed.