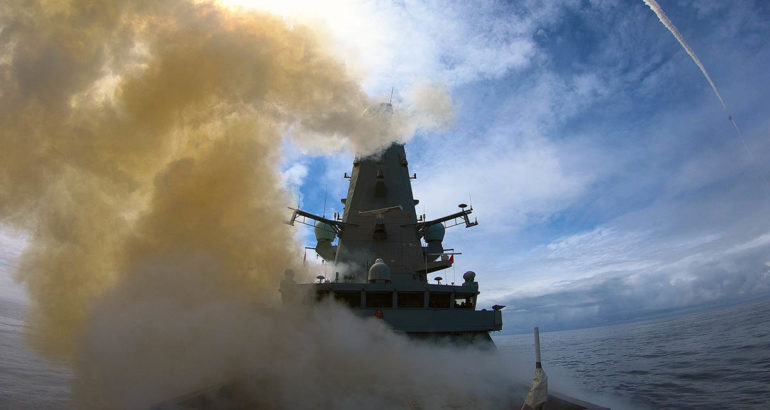 HMS Defender successfully intercepted the supersonic target with the Sea Viper system. This was the first time that the vessel took on this particular type of target – one that is significantly more challenging as it flies faster and lower than others before it.

Sea Viper is the combination of the Sampson radar system – the distinctive spinning spiked ball on top of a Type 45 destroyer’s main mast – and the MBDA Aster 30 missile system which sits in a silo on the ship’s forecastle.

“Being a part of our first firing against a fast-moving, low-level target has been a really rewarding experience. Proving the effectiveness of the Sea Viper system against a more challenging target reassures us in the ability of HMS Defender to deliver on operations as an air defence destroyer.”

Led by the US Navy’s 6th Fleet, the exercise was the largest of its type with 13 ships, more than 10 aircraft and in excess of 3,300 personnel taking part.