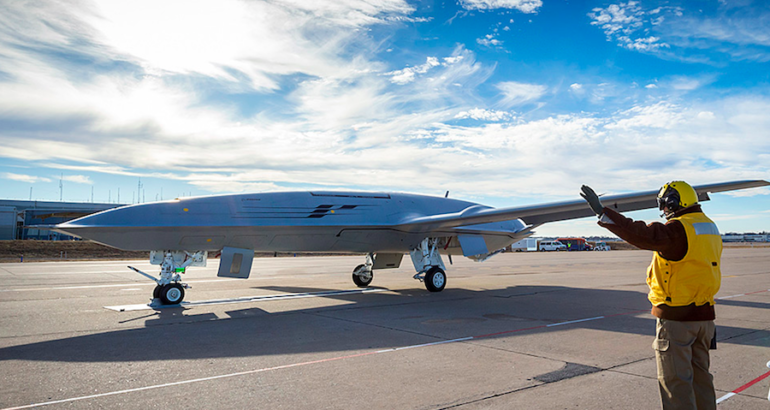 BAE Systems has been awarded contracts by Boeing to supply the Vehicle Management Control System and Identification Friend or Foe (IFF) System for the MQ-25 Stingray unmanned tanker, the company stated today.

“BAE Systems leads the industry in high-integrity fly-by-wire and mission-critical IFF technologies,” said Corin Beck, director of Military Aircraft Systems at BAE Systems. “Our relationship with Boeing started more than four decades ago and has resulted in aircraft that have some of the most advanced avionics and reduced size transponders in the world.”

The MQ-25 is the U.S. Navy’s first operational carrier-based unmanned aircraft and is designed to provide a much-needed refueling capability. The contract supports Boeing’s engineering and manufacturing development program to provide four MQ-25 aircraft to the U.S. Navy for Initial Operational Capability by 2024.

“The MQ-25 program is vital because it will help the U.S. Navy extend the range of the carrier air wing, and Boeing and our industry team is all-in on delivering this capability,” said Dave Bujold, Boeing’s MQ-25 program director. “The work we’re doing is also foundational for the future of Boeing – where we’re building autonomous systems from seabed to space.”

BAE Systems is an industry leader in the design, development, production, and support of highly reliable flight control systems for commercial and military aircraft. It was the first to introduce fly-by-wire in both military and civil applications. BAE Systems is also a world leader in IFF equipment and this program expands its footprint to approximately 150 platforms worldwide.