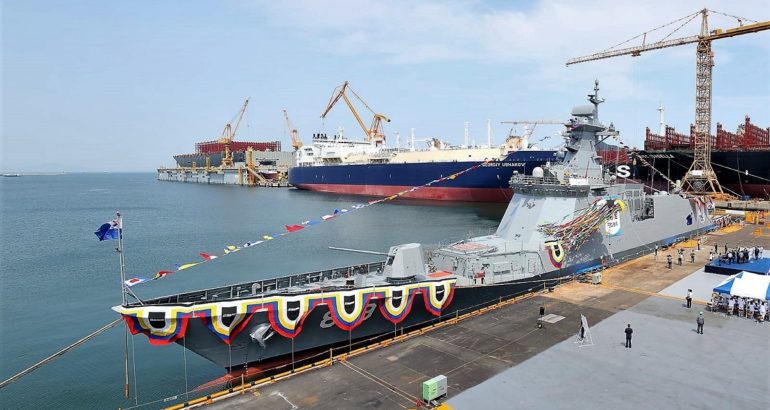 First ship of the class, ROKS Daegu, was built by DSME as well. It was launched in June 2016 and commissioned with the ROK Navy on March 6, 2018.

The frigates are an improved version of the Incheon-class (FFX batch I). FFX Batch II frigates displace 2,800 tons, are 122 meters long, 14 meters wide and 34 meters high. They can be accommodate a maritime helicopter.

The keel of ROKS Gyeongnam was laid by DSME in February 2018, following a contract awarded to DSME in October 2016. The frigate is set to be commissioned in 2021.

A program to build the third batch (FFX III) frigates which will displace 3,000 tons and feature a phased array radar is also underway.