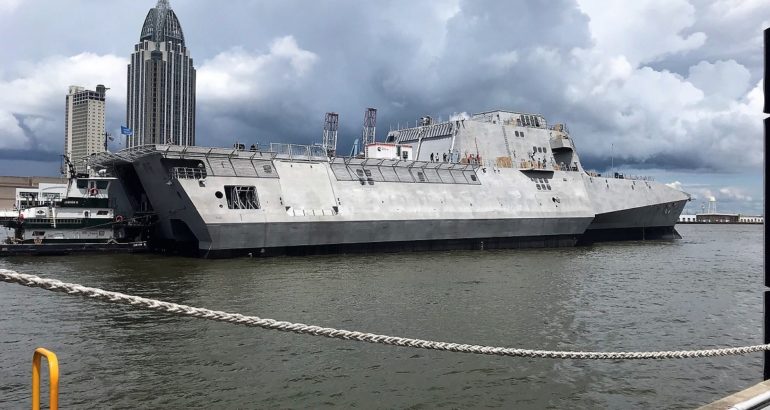 The future USS Oakland (LCS 24) was launched July 21 at Austal USA's shipyard in Mobile, Alabama. This event marked the first time the ship floated in the water as it is prepared for delivery to the US Navy next year.

The future USS Oakland is the 12th of 19 Independence-variant littoral combat ships (LCSs) that will join the fleet.

The future USS Oakland honors the long-standing history its namesake city has with the Navy. It will be the third naval ship to bear the city’s name.

The Independence-variant LCS is a high-speed, agile, shallow draft, focused-mission surface combatant designed to conduct surface warfare, anti-submarine warfare, and mine countermeasures missions in the littoral region. With its open architecture design, the LCS can support modular weapons, sensor systems and a variety of manned and unmanned vehicles to capture and sustain littoral maritime supremacy.