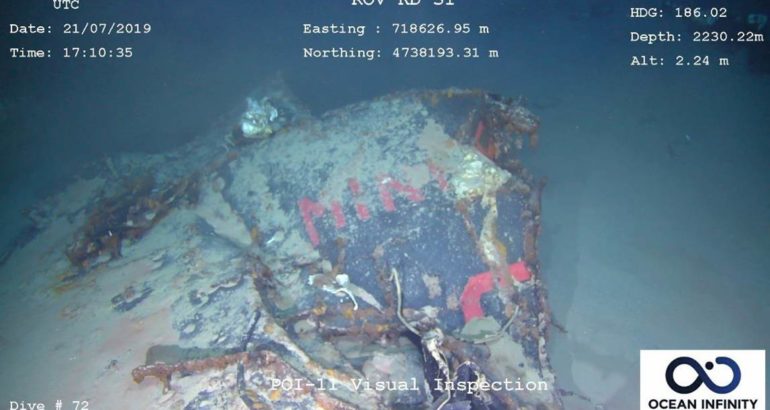 After going missing in 1968, French Navy submarine Minerve has finally been located. The wreck lies in three pieces at a depth of 2,350 meters, 30 nautical miles off the coast and Toulon naval base.

Minerve was one of nine Daphné class diesel-electric submarine (SSK) of the French Navy (Marine Nationale). In January 1968, Minerve was lost with all hands while returning to her home port of Toulon. Her fate and the whereabouts of her wreckage remained unknown until today.

We have just found the Minerve. It’s a success, a relief and a technical feat. I think of the families who have been waiting for this moment for so long.

The discovery was made on Sunday by a vessel, the Seabed Constructor, belonging to private US company Ocean Infinity. The vessel arrived on scene on July 16, 2019. The wreck of the Minerve was located at a depth of 2,350 metres (7,800 feet) thanks to the use of UUVs and ROVs.

Ocean Infinity and its Seabed Constructor were previously contracted by the Argentine Navy to search for the missing submarine ARA San Juan which was discovered on November 17, 2018

According to the French Navy, the submarine is now split in three pieces. The French Navy confirmed today that Minerve would not be raised to the surface but the wreck would be analyzed to try to identify the cause of its sinking. It will remain the grave of the 52 crew-members of the submarine.

The Minerve was on a training mission in bad weather early on January 17 when it went down while returning to its base in Toulon, France’s main naval base.