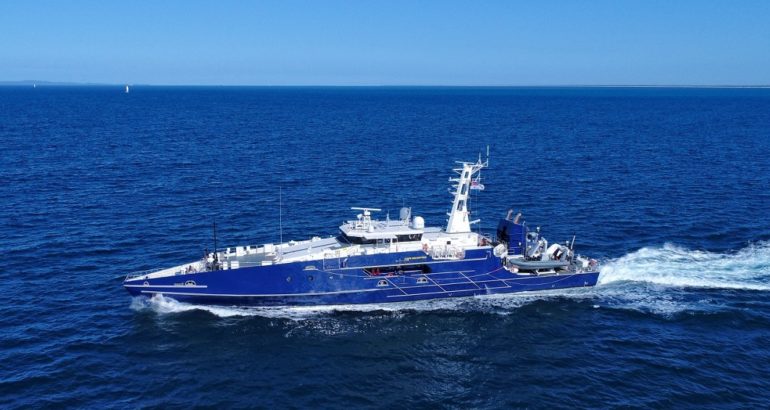 Austal has been advised by the Royal Australian Navy (RAN) that the RAN has signed a two year lease extension with the National Australia Bank (NAB) for its two Cape Class Patrol Boats (CCPB), Cape Fourcroy and Cape Inscription.

The lease extends the charter from the initial three year minimum term to five years. The vessels’ ongoing in-service support and sustainment is also being delivered by Austal.

The charter and sustainment of Cape Fourcroy has been extended until April 2022, and Cape Inscription to May 2022. The contract extension has reduced the total residual value for the two vessels from $42 million to ~ $24 .3 million and hence the CCPB 9 and 10 related debt on the balance sheet has become non-current again and will progressively reduce from $(48.8) million at 30 June 2019 to ($24.3) million in late FY2022 at the maturity of the extended contract period.

Austal’s Cape Class Patrol Boat is a 58 metre aluminium monohull vessel, designed to perform border protection and maritime security tasks, with a top speed of 26 knots and a range of up to 4,000 nautical miles. With a crew of 22, the vessel is capable of undertaking 28 day patrols in (up to) sea state 4 and the ability to launch two boats simultaneously.

“This proven capability has also attracted attention from a number of export markets, including the Trinidad and Tobago Coast Guard, which recently contracted Austal to deliver two of the vessels,” Mr Singleton said. The lease extension also includes a sustainment package – to be delivered by Austal and delivering revenue to Austal – to ensure vessels are available to meet the operational demands placed upon them.”