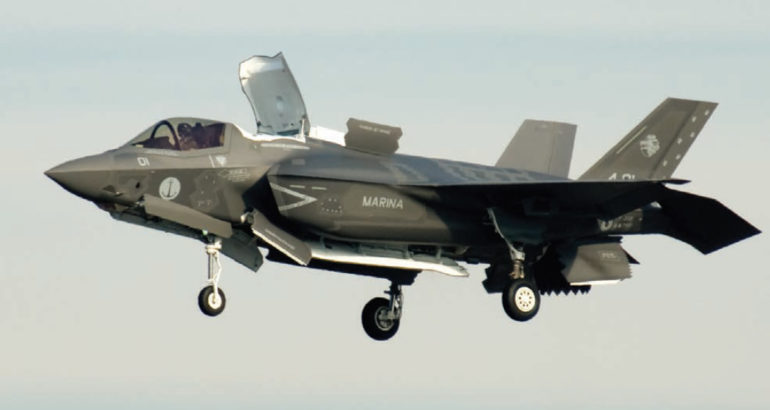 Japan's Ministry of Defense (MoD) has officially announced the selection of the F-35B fighter as its future short take-off and vertical landing (STOVL) aircraft. The U.S. government and Lockheed Martin were the sole bidder.

The MoD issued a brief statement on August 16, 2019, saying that “the F-35B satisfied all the requirements for the Air Self-Defense Force’s short-range takeoff and vertical landing fighter”.

Japan decided in December 2018 to procure 42 STOVL aircraft to strengthen the country’s defense in its southern islands (due to a limited number of air bases and increasing threat from China).

A request for proposal was issued in March 2019 with proposals due by June. Unsurprisingly, the U.S. government and Lockheed Martin were the only party to submit a proposal.

It is a known fact now that the MoD is looking to adapt the Japan Maritime Self-Defense Force (JMSDF)’s Izumo-class “helicopter destroyer” into full fledged aircraft carriers capable of deploying (and recovering) F-35B STOVL aircraft.

During our visit aboard JS Izumo in Singapore (IMDEX Asia naval defense show in May), the officers categorically refused to answer questions about the expected modification work.

During MAST Asia 2019 held near Tokyo in June, an ATLA representative said it was still too early to tell what these modifications will consist in, which shipyard would be in charge of the work, and when the work will be conducted. Asked about which service would be flying the F-35B, the ATLA representative told Naval News that it was “not decided yet”. However a Japan Air Self-Defense Force (JASDF) standing nearby joined the conversation and said that, in his opinion, “the F-35B would be owned and flown by the ASDF because the MSDF doesn’t operate fast jets”. Yesterday’s statement from the MoD seems to confirm this early information because it mentions “ASDF requirements”.

The JASDF has 105 F-35A conventional takeoff and landing (CTOL) variant on order with about a dozen already operational.

Displacing 27,000 tons (full load), the two Izumo-class DDH are the largest vessel of the JMSDF fleet (as well as its flagship). They have a length of 248 meters, accommodations for up to 970 (including crew and troops) and can carry and deploy up to 14 maritime helicopters like the SH-60K. It hangar and elevator can also accommodate the V-22 Osprey tilt-rotor aircraft (17 on order, first one delivered to the JASDF in August 2017).

Izumo has one sistership: JS Kaga.

Izumo was built by Japan Marine United (JMU), launched in August 2013 and commissioned in March 2015. JMU is therefore the most likely candidate to conduct the F-35B adaptation work. The extent of this work however is not clear yet. Will many non official renderings (or scale model like above) show the addition of a ski-jump, there remain doubts whether this will actually materialize. A Japanese source [Twitter user @japanesepatrio6 因幡のよっちゃん（CV・内田真礼）] told Naval News that the addition of a ski jump could pose weigh distribution issues to the ship (because of the presence of the bow sonar, which aircraft carrier typically don’t have).

The Italian Navy just started similar modification work to its Cavour aircraft carrier, to make it compatible with the F-35B.