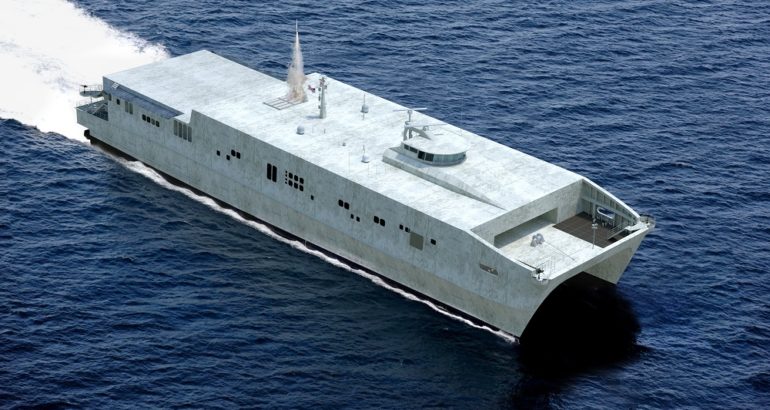 The U.S. Navy released a draft request for proposals (RFP) to industry for the development of the Large Unmanned Surface Vehicle (LUSV), on August 9.

The Naval Sea Systems Command (NAVSEA) intends to issue a solicitation, N00024-19-R-6314, for the award of multiple conceptual designs of the Large Unmanned Surface Vessel (LUSV).  The LUSV will be a high-endurance, reconfigurable ship able to accommodate various payloads for unmanned missions to augment the U.S. Navy’s manned surface force.

With a large payload capacity, the LUSV will be designed to conduct a variety of warfare operations independently or in conjunction with manned surface combatants. The LUSV will be capable of semi-autonomous or fully autonomous operation, with operators in-the-loop (controlling remotely) or on-the-loop (enabled through autonomy).

A final Request for Proposal (RFP) is anticipated in fourth quarter fiscal year 2019.

The U.S. Navy previously issued a sources sought/request for information (RFI) notice for LUSV on March 13.

Rear Admiral Ronald A. Boxall, Director of Surface Warfare OPNAV N96, said in late 2018, that the focus of his command will be to pack more sensors and weapons into surface vessels so a smaller number of larger vessels can act as command and control for smaller unmanned vessels.

“If you think about what we are trying to do with the surface force, we have large and small surface combatants […] but we have no requirement for unmanned surface vessels right now, which I see as an absolutely critical part of distributed lethality, distributed maritime operations environment that we are moving into. Ultimately I need more nodes out there.”