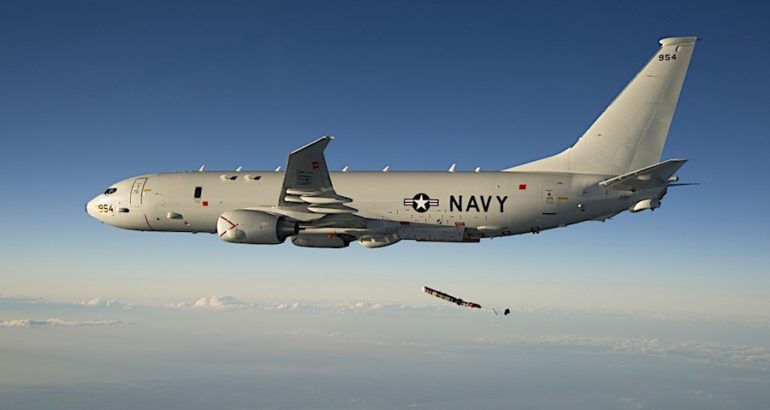 A US Navy P-8A Poseidon assigned to the Bureau of Air Test and Evaluation Squadron (VX) 20 replicates the characteristics of an MK-54 torpedo (Credit: U.S. Navy photo by Greg L. Davis)

The US State Department on August 27 green lighted a possible Foreign Military Sale to South Korea for Mk 54 lightweight torpedoes for an estimated cost of US$ 72 million.

« This proposed sale will support the foreign policy and national security objectives of the United States by meeting the legitimate security and defense needs of one of the closest allies in the INDOPACOM Theater, » the DSCA said.

South Korea plans to deploy the Mk 54 lightweight torpedoes on its fleet of P-8A Maritime Patrol Aircraft. The country’s P-8A procurement project was cleared by the US Department of State in Sept. 2018. The package for six aircraft and a range of mission systems, support and training is valued at $2.1 billion, then said the US Defense Security Cooperation Agency. South Korea currently operates a fleet of 16 P-3C MPAs.

Raytheon’s Mk 54 lightweight torpedo is in full rate production since 2004. Besides South Korea, current and future users include US Navy, the Royal Canadian Navy, the Royal Australian Navy and the Mexican Navy. The first successful launch of a Mk 54 torpedo from a P-8A Poseidon was successfully completed by the US Naval Air System Command on October 2011.