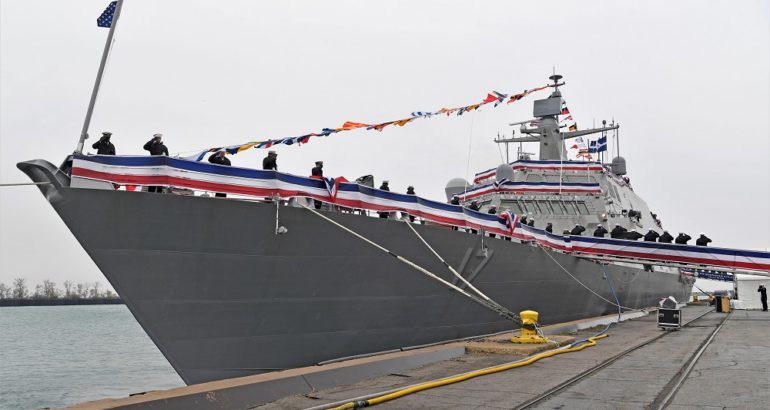 “Indianapolis’ speed, flexibility and lethality bring a unique set of capabilities to the fleet. She is equipped and ready for today’s threats and can easily integrate new capabilities for tomorrow’s threats. Our team is confident Indianapolis will be what the Navy needs when the fleet needs it.”

“The crew gives the ship its own personality and warfighting spirit. The men and women of USS Indianapolis exemplify patriotism, grit, and what this great country of ours stand for. I am extremely proud to have all of [the USS Indianapolis crew] as shipmates.”

There are seven ships in various stages of production and test at Fincantieri Marinette Marine in Wisconsin, where the Freedom-variant LCS is built. The next Freedom-variant in the class is LCS 19, the future USS St, Louis, which is on track to begin sea trials later this year.