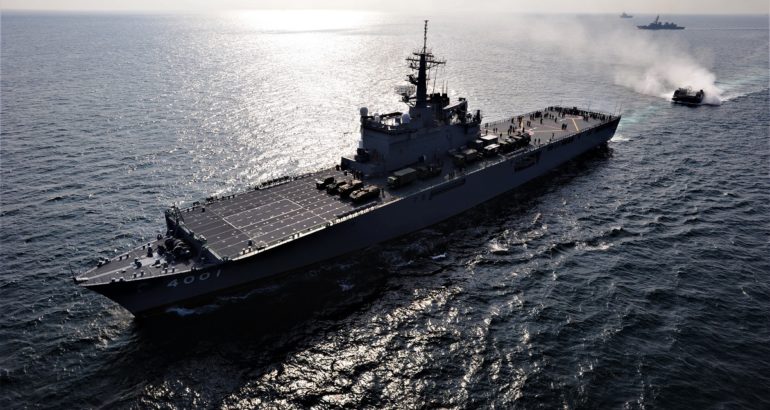 On December 20, 2019, the Japanese Ministry of Defense (MoD) released its FY2020 Defense Budget. In this document, the MoD has unveiled a new Japan Ground Self Defense Force (JGSDF) deployment and training concept called the "Continuous Projection Exercises Concept" or CPEC.

Currently, Japan is increasingly vigilant against China because of their increasing maritime presence. For this reason, Japan is strengthening its defense capabilities particularly on islands in the East China Sea, located southwest of Okinawa.

For example, in March 2018, the JGSDF launched the Amphibious Rapid Deployment Brigade (ARDB), a specialized unit to retake an island invaded by enemies.

CPEC is a new concept to further strengthen such defense structure.

CPEC is composed by the following three elements :

According to several media reports in Japan which surfaced in March 2019, the MOD plans to have ARDB board a JMSDF Osumi-class landing ship and patrol the East China Sea continuously for several months from peacetime. The deployment of ARDB to the Southwest Islands indicated by the CPEC is in line with this report.

In recent years, the MOD has used ARDB as a tool to show Japan’s presence overseas through participation in multilateral exercises held outside Japan, such as Kamandag (Philippines) and Talisman Saber (Australia). This deployment to the Southwest Islands seems to be aimed at showing such a Japanese presence in the East China Sea too, as well as strengthening the cooperation with JMSDF and the structure for responding to unexpected situations, including the so-called “gray zone situation”.