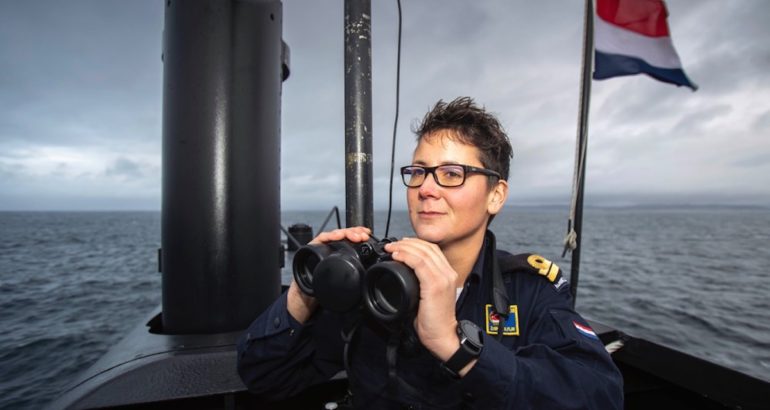 The Royal Netherlands Navy (RNLN) now allows women as crew members in its fleet of submarines. This is the result of a test during which women successfully participated to on-board operations as part of the submarine crew.

The RNLN started with mixed sailing in 1982 for surface ships. The submarine service was the only place within the Dutch Defense where women were still not allowed.

« It was already certain that women would be admitted to the submarine service, but only then with the arrival of new ships equipped for mixed crews. The situation in (NATO) partner countries, however, showed that separate on-board facilities are not necessary and sometimes hinder integration, »

the Dutch Ministry of Defense said on January 22.

To test this new configuration, the RNLN launched a pilot session a year ago. « It was not about determining whether you can sail with women, but about looking at the rules of life that were to be put in place (…), » the submarine commander Herman de Groot said.

A joint study made in Canada and Australia showed that a strict separation of living areas and sanitary facilities is a bummer for the integration of women on board. « Based on that conclusion, we have only made smaller adjustments to create more privacy. Adjustments that, it turned out later, were also appreciated by men, » added De Groot.

Among others women involved, the Lieutenant Sitara Hartsteen literally and figuratively exchanged her familiar world for a leap into the deep. The exercise program brought Sitara in contact with all aspects of sailing the Zr. Ms Dolphin submarine, such as what to do in the event of fire and leakage. She has also become used to underwater life and all the limitations that it entails. That way, taking a shower every day is not possible, but fortunately she quickly got used to that.

With female sailors now part of Dutch submarine crews, this will likely be a factor to take in consideration at the design stage, for the bidders in the Walrus-class replacement program.