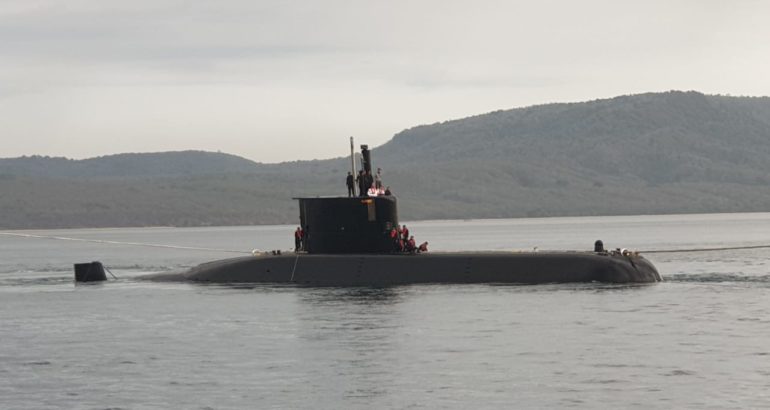 SAT activities are carried out in the northern waters of Bali island, one of the Indonesian Navy training areas offering adequate sea depth. During the NDD test, the Alugoro submarine was escorted by KRI Raden Eddy Martadinata (331) guided-missile frigate.

After the Alugoro submarine completes various testing processes such as the Harbor Acceptance Test (HAT) and SAT, it is planned to be handed over to the country’s Ministry of Defense for use by the Indonesian Navy in December 2020.

The Alugoro is the third of the Nagapasa-class submarine (also known as the DSME 1400 design or Improved Chang Bogo-class) for the Indonesian Navy (TNI AL). The DSME 1400 project is an upgrade of the built-under-license Type 209/1200 with increased length (up to 61.2 m) and displacement (about 1,400 tons underwater).