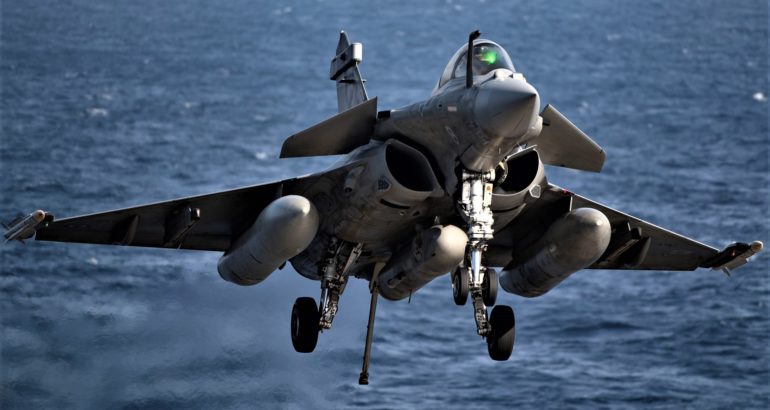 According to the French Navy’s Aéronavale (Naval Aviation) the new F3-R standard represents a breakthrough in communications, intelligence and armaments.

On January 29, Lieutenant Guillaume launched from the Charles de Gaulle flying a Rafale M F3-R. The purpose of his mission was to collect data in the Syrian skies in order to have them analyzed by the international coalition fighting against the Islamic State, within the framework of Operation Chammal. This marked the first operational missions for the Rafale M in its latest standard.

Thanks to the new “free text” system, the aircraft can now communicate with the aircraft carrier Charles de Gaulle and the E-2C Hawkeye. Like a simple email, it receives written orders despite distances of hundreds of nautical miles. Waiting on the radio frequency for information is no longer necessary, and, unlike an audio transmission, the information is written and therefore available for consultation. For the pilot, “all these new features have been perfectly implemented”. This was a normal operational flight, except for the new capabilities that the F3-R brings.

Quickly after this first flight and with its new functionalities, the new generation carrier-borne fighter flew an hour later, for a Close Air Support mission (CAS).

The Rafale M F3-R is already involved in all French airwing operations taking advantage of its new capabilities in its fight against the Islamic State.

The new Rafale F3-R standard brings new capabilities in the areas of intelligence, communication, engagement and command. If the integration of the Meteor long-range missile and the new generation Talios laser designation pod are the major innovations, other developments (mainly software) translate into a further evolution of the aircraft.

The F3-R standard also includes the installation of an Automatic Ground Collision Avoidance System (AGCAS) and various improvements to the RBE2 radar, the Spectra electronic warfare system, the Reco NG pod and the inertial navigation system.

The French Navy (Marine Nationale) took delivery of its first Dassault Rafale M fighter upgraded to the F-3R standard in December 2018. The first unit to deploy the new Rafale M standard is the “Flotille 11F” squadron.