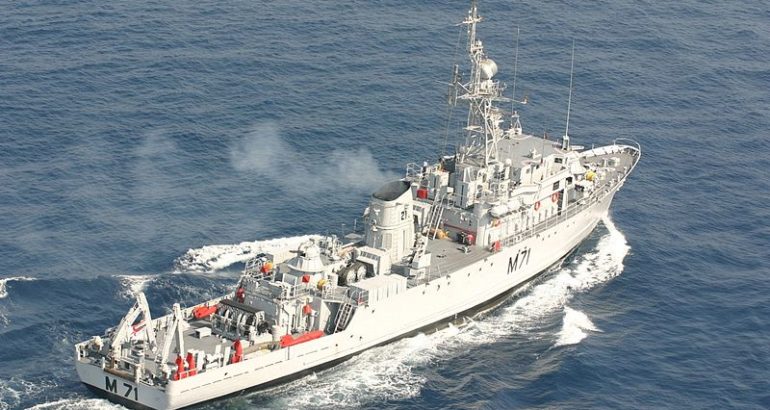 INS Kozhikode, a Pondicherry-class minesweeper built for the Indian Navy by the Soviet Union was the last MCM vessel in the fleet. It was decommissioned in 2019. Indian Navy picture.

The Indian Navy (IN) urgently needs new blue-water mine countermeasures (MCM) vessels, according to local media and experts.

In fact, the IN lacks any MCM vessels, let alone modern counter-mine naval platforms. The Navy’s official list of deployed ships contains no minesweepers at all: the last one, INS M71 Kozhikode (NATO reporting name: Karwar-class), was finally decommissioned last April. Therefore, the IN now has no MCM capabilities and there is no fast-track procurement to fix the issue. Moreover, the Indian Ministry of Defense (MoD) seems to have no urgent operational requirement for such a buying. However, a tender for 12 new-built minesweepers for the IN is still active. In January 2018, the MoD terminated a proposed deal with the Republic of Korea’s (RoK’s) Kangnam Corporation for the construction of MCM vessels, with high building and technology transfer costs being the main reason behind the cancellation of the probable contract.

After the aforementioned break, Russia emerged as a strong player on the Indian MCM vessel market. At the DefExpo 2020 defense show held in Lucknow (Uttar Pradesh, India) on February 5-9, Director General of Russia’s arms exporting company Rosoboronexport (a subsidiary of state corporation Rostec) Alexander Mikheev told TASS that Moscow had sent India technical proposals under the IN’s MCM vessel program. “In response to an Indian request for proposals, we have offered our technical proposals. We are waiting for a solution of the Indian side,” said Mikheev. Russia’s Federal Service for Military-Technical Cooperation (FSVTS) also confirmed the country’s readiness to establish licensed production of Project 12701 Alexandrite-E (‘E’ for Export-oriented, Eksportniy) MCM vessels in India.

According to Russia’s United Shipbuilding Corporation, the Project 12701 Alexandrite-E MCM vessel has a displacement of 890 t and is 61.6 m long and 10.3 m wide. The naval platform is intended for counter-mine protection of naval bases, offshore areas, exclusive economic zones (EEZs), and maritime mineral deposits; detection and destruction of all types of sea mines; counter-mine protection of blue force ships during sea cruises; counter-mine reconnaissance; and deployment of sea mines.

The MCM vessel features a draught of some 3.1 m. The platform is powered by two diesel engines with a power output of 2,500 h.p. each, producing a speed of 16 knots, a cruise range of 1,500 nautical miles, and an endurance of 10 days. The vessel is manned by a 44-strong crew.