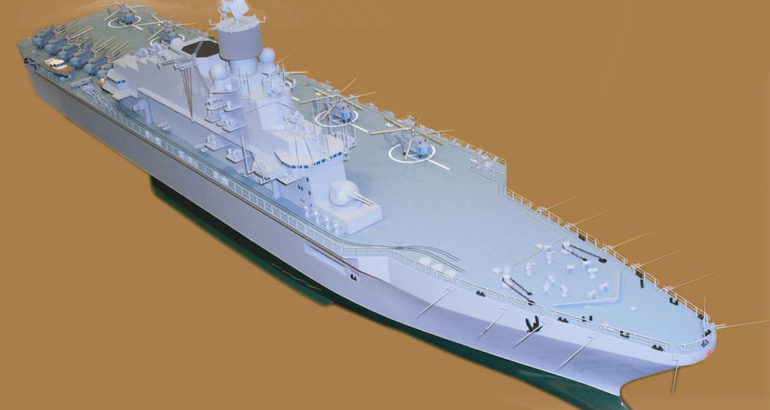 Project 11780 Kherson was a 1980s-era Soviet LHD program derived from the Kiev class aircraft carrier design comparable to the US Tarawa class amphibious assault ship. The ship would have been about 40,000 tons displacement, with steam turbine power plants and carried about 12 helicopters and 3 Tsaplya class LCACs. It was cancelled with the fall of the Soviet Union in 1991.

Russia’s Defense Ministry is planning to sign a contract for the construction of the first two all-purpose amphibious assault ships by late April, a source in the Russian defense industry told TASS.

“The Defense Ministry is expected to sign a contract for the construction of two all-purpose amphibious assault ships by late April. They will be laid down by the Zaliv Shipyard in Crimea,”

According to the source, “a technical design for the ships has been worked out on the basis of the requirements specification obtained from the Navy’s main command.”

The source said that the ships were planned to be laid down in early May in the light of the 75th anniversary of the Victory in the Great Patriotic War. The source did not specify the value of the deal.

TASS does not have any official confirmation of the information provided by the source.