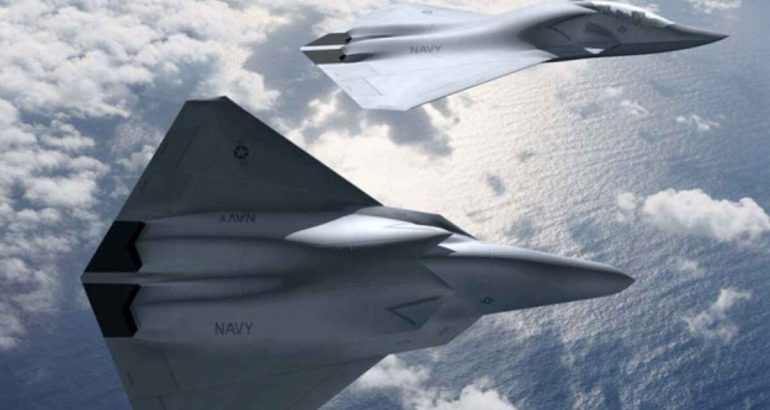 The Navy wants to truncate production of the legacy F/A-18E/F Super Hornet in favor of pumping money into accelerating the development of its long-gestating next-generation carrier-based fighter program, the service revealed in its Fiscal Year 2021 budget request.

This story was originally published by Sam LaGrone, USNI News on February 10, 2020.

Next year’s order of two dozen F/A-18E/F Super Hornets would be the last on the books for the Navy under this plan. In 2019, Super Hornet maker Boeing won a $4-billion multi-year contract to buy 78 Super Hornets through FY 2021.

According to the justification in the documents, the money the Navy for planned a subsequent multiyear buy of 36 Super Hornets from FY 2022 to 2024 would be rerouted to “accelerated development of Next Generation Air Dominance (NGAD) and other key aviation wholeness investments,” read the documents.

The cut of the Super Hornets past FY 2021 is estimated to route $4.5 billion over the five-year horizon of the Future Years Defense Plan (FYDP) to the new aviation effort.

“The decision to cease F/A-18 procurement after FY 2021 ensures the Carrier Air Wing will maintain capable strike fighter capacity to pace the most stressing threats through the 2030s,”

The NGAD program, previously known as F/A-XX, has sought to replace the payload capacity of the Super Hornets on carrier decks as the incoming F-35C Lighting II Joint Strike Fighter brings a stealthy fighter to the air wing. The program has had fits and starts over the last decade as the service has grappled with shaping the future of the air wing.

Chief of Naval Operations Adm. Mike Gilday said late last year said the service was still thinking about how it would move forward with carrier aviation.

“I do think we need an aviation combatant, but what the aviation combatant of the future looks like? I don’t know yet. I think there’s going to be a requirement to continue to deliver a seaborne launched vehicle through the air that’ll deliver an effect downrange,” Gilday said at U.S. Naval Institute’s Defense Forum Washington conference.
“I do think that that will likely be a mix of manned and unmanned. The platform which they launch from? I’m not sure what that’s going to look like.”

The Navy has been widely criticized for not modernizing its air wing to keep up with the growing threat of longer-range guided missiles that can put capital ships like carriers at risk. Pentagon leaders singled out the Chinese Dongfeng family of DF-21 and DF-26 anti-ship ballistic missiles as a key threat last year.

A study released last year by the Center for Strategic and Budgetary Assessments said that, in order for a future carrier air wing to be effective in a major conflict with China, it would need to develop aircraft that could operate consistently at ranges of up to 1,000 nautical miles from the carrier. That’s double the effective combat range of an F-35C.

It’s unclear if NGAD will be manned, unmanned or some combination of both. While former Navy Secretary Ray Mabus said in 2015 that the F-35C would be the last manned fighter the service would buy, the service has been lukewarm in introducing unmanned carrier aircraft into the air wing.

It abandoned a program to develop a low-observable, carrier-based unmanned strike aircraft in favor of the current MQ-25A Stingray unmanned refueling aircraft.

“We are just compelled to be somewhat pragmatic in how well they work before we over-commit. We have a limited budget; we also have real lives at stake,” then-Deputy Chief of Naval Operations for Warfare Systems (OPNAV N9) Vice Adm. Bill Merz said last year. “Unmanned isn’t really unmanned, you just don’t have a body sitting in the platform. There’s a lot of support. You have deck handling, a lot of things you have to come through to bring these things aboard a maritime environment.”