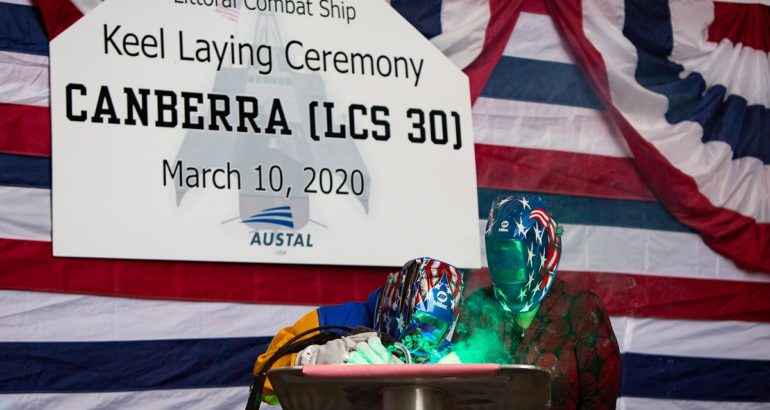 Marise Payne, minister for foreign affairs in Australia, welds her initials into the keel of the USS Canberra at Austal USA in Mobile, Alabama, Tuesday, March 10, 2020. Austal picture.

Austal USA hosted the Hon Marise Payne, Australian Minister for Foreign Affairs, for the keel laying ceremony of the future USS Canberra (LCS 30) at its Mobile, Ala. shipyard on March 10, 2020.

The future USS Canberra will be the 30th Littoral Combat Ship (LCS) for the U.S. Navy, and the 15th Independence-class LCS built by Austal USA.

Marise Payne was appointed Australia’s Minister for Foreign Affairs on 28 August 2018. A Senator for NSW since 1997, she has more than two decades’ parliamentary experience including 12 years’ membership of the Joint Standing Committee on Foreign Affairs, Defence and Trade. The Senator was appointed Minister for Defence in September 2015. She oversaw a major renewal of the Australian Defence Force’s capabilities and led the organisation’s increased international engagement program with allies and partners.

LCS is a fast, agile, focused-mission platform designed for operation in near-shore environments yet capable of open-ocean operation.  It is designed to defeat asymmetric “anti-access” threats such as mines, quiet diesel submarines and fast surface craft.  The Independence-variant LCS integrates new technology and capability to support current and future mission capability from deep water to the littorals.Five Littoral Combat Ships are currently under construction at Austal’s state-of-the-art module manufacturing shipyard in Mobile, Alabama. 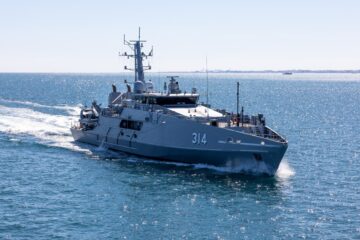