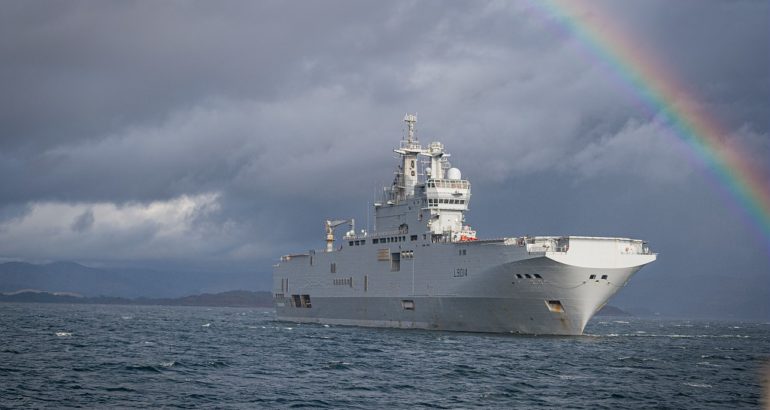 The French Navy (Marine Nationale) is about to deploy its Mistral-class LHD "Tonnerre" to the Island of Corsica in a mission to evacuate several Coronavirus / COVID19 patients towards mainland France.

The announcement was made by French minister of the armed forces, Florence Parly, on her Twitter account:

By decision of the President of the Republic, the Tonnerre vessel, an amphibious helicopter carrier of the French Navy, will soon set sail to evacuate resuscitation patients from Corsica to health establishments that can treat them.

According to Corsican authorities, about a dozen patients (12 to 14 people on life support) are set to be evacuated this coming weekend. This will help relief the local hospital in Ajaccio which is getting overwhelmed. The patients will then be dispatched across hospitals in the French Riviera (France’s Southern coast) .

Contacted by Naval News, a French Navy PAO explained that Tonnerre would deploy without an escort. The vessel was on H48 stand by meaning it can be deployed within 48 hours. The PAO couldn’t comment on the presence of an helicopter detachment aboard the LHD for this specific mission.

According to our colleagues from French media Mer et Marine, first ship of class Mistral is underway in the Indian Ocean and stand ready to assist, if needed, the French overseas department of Reunion island. According to a French Navy PAO, Dixmude is currently sailing in the Mediterranean Sea.

For the record, the Tonnerre was deployed during Operation Irma in 2017 to rescue the populations of the islands of Saint Martin and Saint Barth affected by hurricane Irma and in 2019 to provide assistance to the population of Mozambique affected by cyclone Idai. 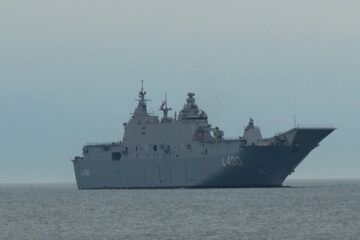