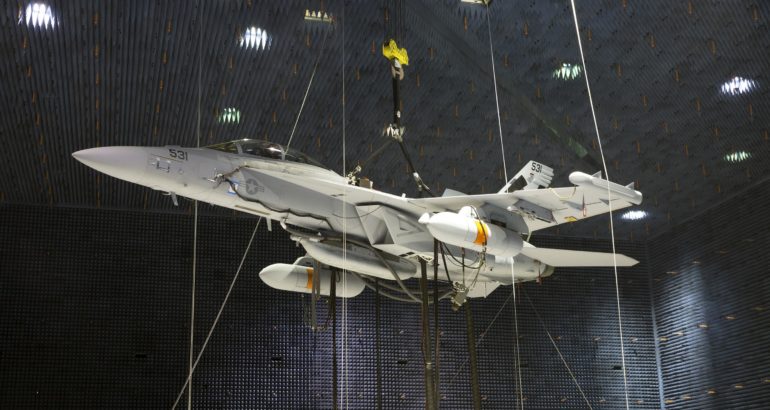 “This chamber test period was instrumental to the NGJ-MB Developmental Test program, and its success was the direct result of outstanding teamwork among the Program Office, Integrated Test Team, and Raytheon stakeholders. Data captured during this period not only supports our initial flight clearance, but also provided lessons learned that will benefit the entire NGJ-MB test program moving forward.”

The NGJ-MB system consists of two pods, referred to as a shipset, which will be loaded onto EA-18G Growler aircraft. The system will provide significantly improved Airborne Electronic Attack (AEA) capabilities against advanced threats in the mid-band frequency range through enhanced agility and precision within jamming assignments, increased interoperability and expanded broadband capacity for greater threat coverage against a wide variety of radio frequency emitters.

Unlike most capabilities that instantly replace its predecessor, the NGJ-MB systems will initially augment the legacy ALQ-99 Tactical Jamming System until the low- and high-band components are ready to deploy.

NGJ-MB will enter flight testing at the Air Test and Evaluation Squadron (VX) 23 this spring. The program’s Milestone C is projected for the end of this fiscal year.