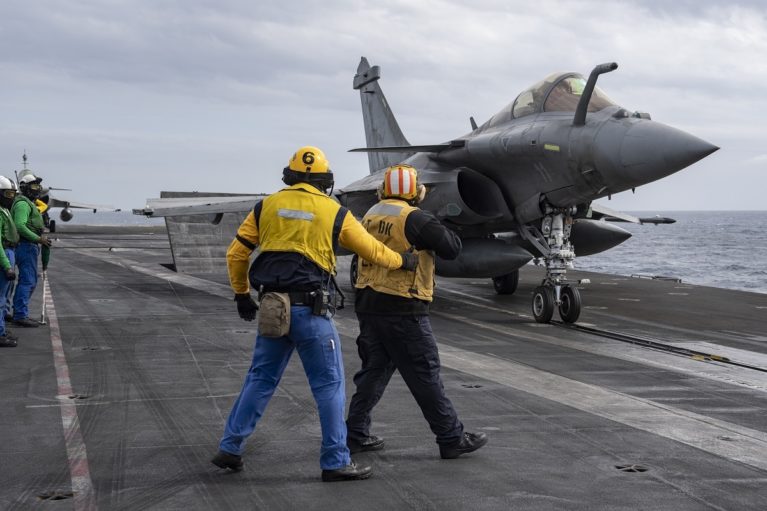 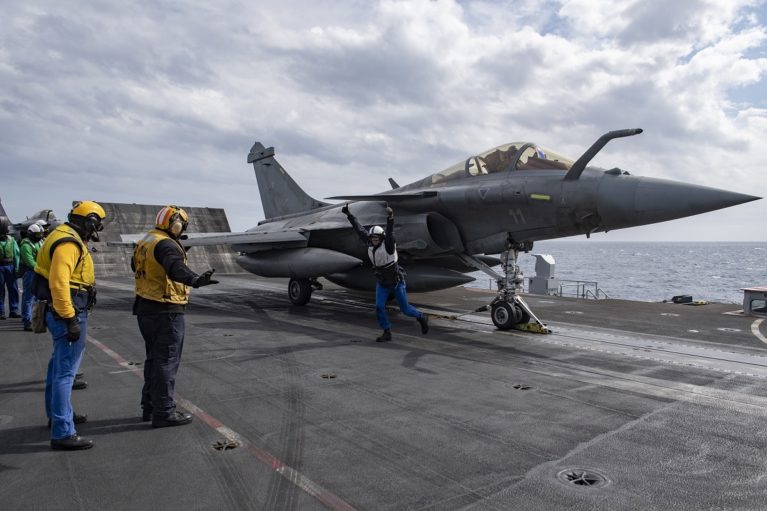 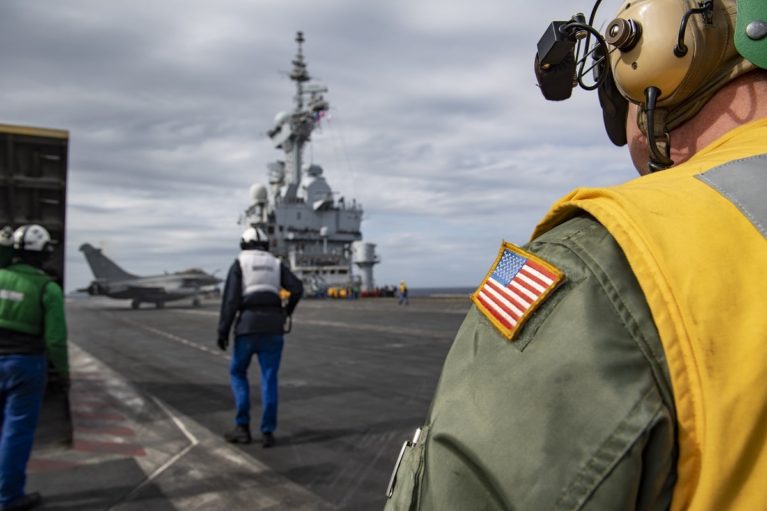 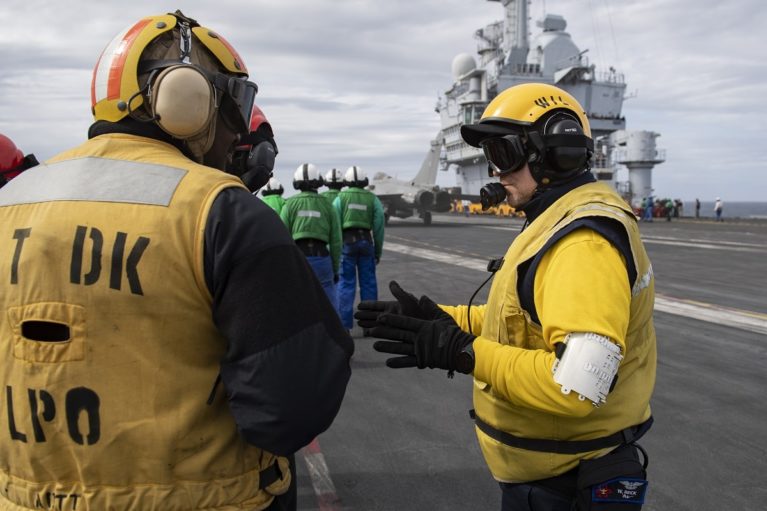 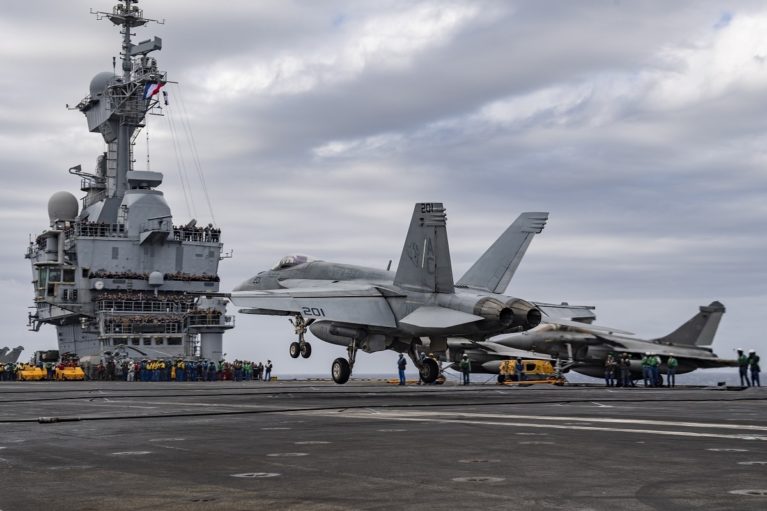 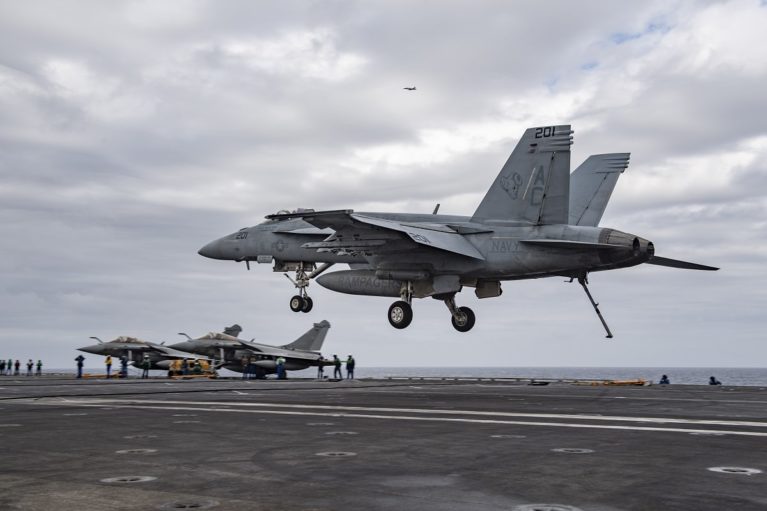 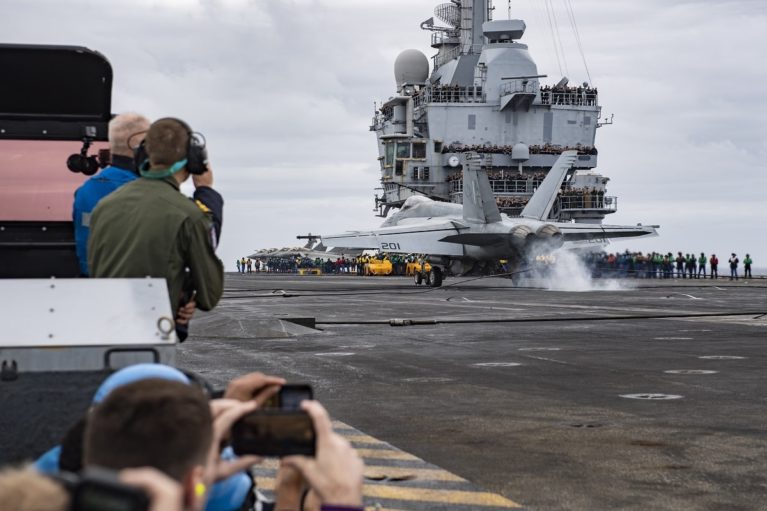 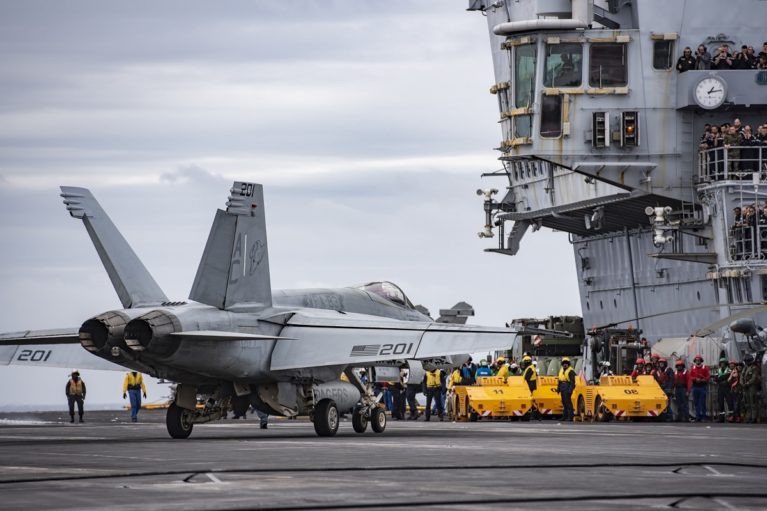 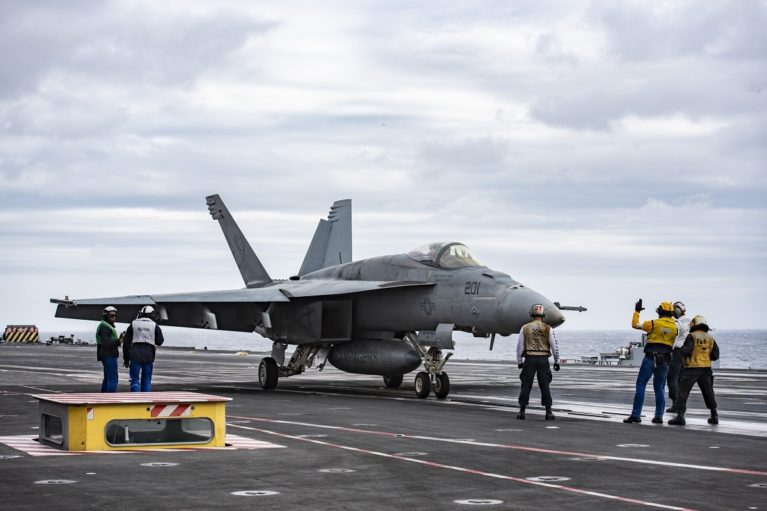 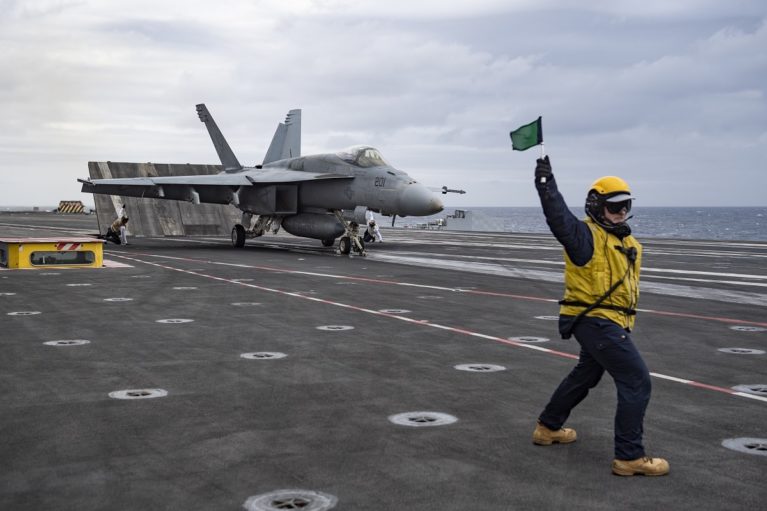 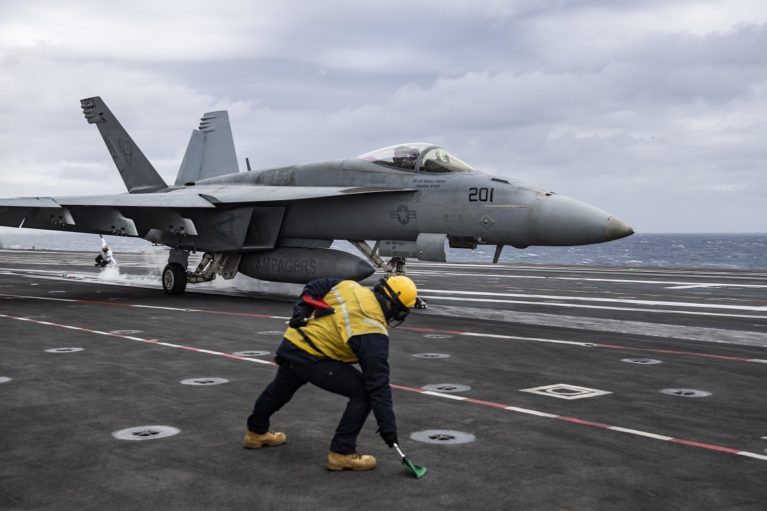 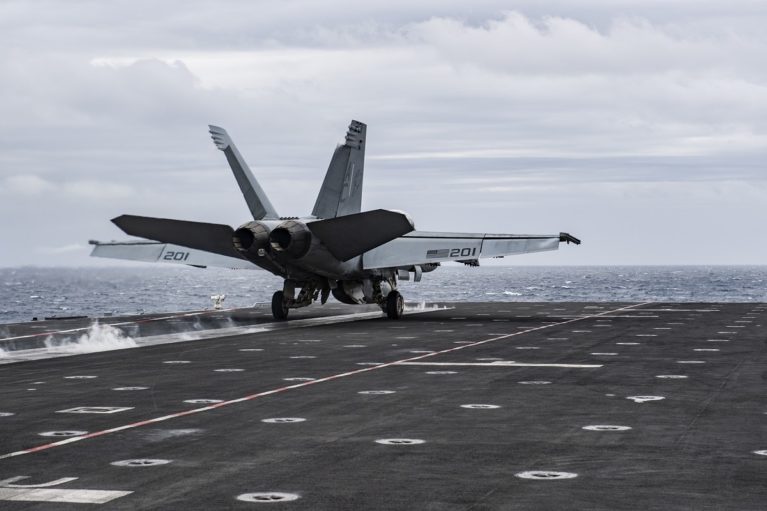 The unique opportunity allowed pilots from both navies to land and launch on the two flight decks while the leaders of each strike group met aboard both carriers for a tour and an opportunity to observe their respective pilots operate aboard a foreign naval vessel.

“It was an honor to participate in the first-ever F/A-18E Super Hornet recovery aboard the FS Charles de Gaulle.The seamless integration of French and U.S. systems and operators shows not only the compatibility of our practices and procedures, but also the strength of our alliance.”

In total, two U.S. naval aviators flying the F/A-18E Super Hornet and four French aviators, flying the French Rafale and an E-2C Hawkeye, conducted carrier operations including touch-and-go’s and one trap and recovery on each carrier. Additionally, each country moved people and parts between the two ships via helicopter throughout the duration of the exercise.

“The exchange of traps and catapults of a French Rafale on Ike and a U.S. Super Hornet on CDG [Charles de Gaulle] not only displayed the versatility of each country’s naval air power, but was a striking visual of comradery in arms of two great powers at sea. The Battle Axe team was honored to execute the first trap by a Rhino aboard the CDG and more importantly, extend even further an already strong allied relationship through inter-operations in the skies over the Mediterranean.”

The launching and recovering of aircraft aboard each vessel represents a continued effort by both navies to operate side-by-side and demonstrate their naval sea power as one combined force.

“The dual-carrier operation represents a high-end interoperability showcase for our two navies. It is a concrete way to enhance our know-how to operate together, amongst which a swift ability to plug, to share tactical information, to catch and catapult aircraft indifferently on either aircraft carrier and to couple our fighting spirits in a complex maritime environment for a wide range of actions alongside.”

This exercise is not the first time that Ike and CDG have operated alongside one another. The two aircraft carriers conducted joint operations in Support of Operation Inherent Resolve from the Mediterranean Sea in 2016.

“Operating with Charles de Gaulle in the Mediterranean is a fantastic representation of the inter-connectedness between France and the United States. It was truly an honor working together to facilitate the launching and recovering of our nation’s aircraft on our respective carriers, showcasing the similarities between our two sea-faring nations.”