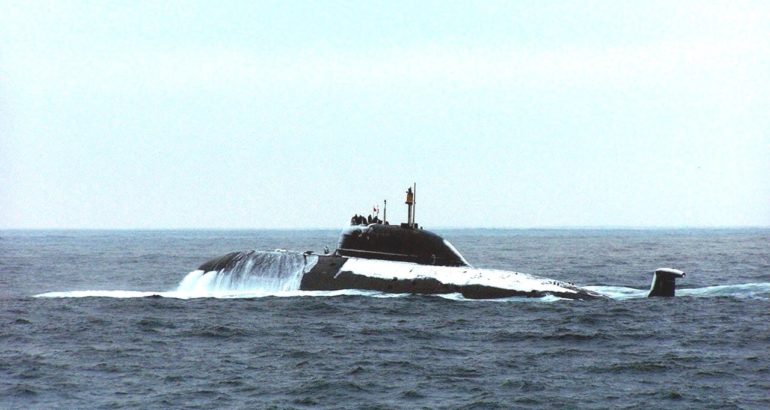 The Vepr SSN of project 971 began running trials after an upgrade and overhaul, a defense industry source told TASS. The handover deadline to the Navy is unknown so far and will depend on test results, as a lot of new systems have been installed during the upgrade. The main one is Kalibr missiles, the Army Standard writes.

The running trials triggered major interest of Russian and foreign media, as project 971 comprises the backbone of the Russian underwater fleet.

Most submarines of the project went on combat duty in late 1980s — early 1990s. Many SSN remained berthed at the time and preserved the resource. However, it became necessary to upgrade the project. Eight project 971 submarines are currently in Nerpa Shipyard near Murmansk (Zvyozdochka affiliate). Some are overhauled and upgraded.

The Vepr joined the Navy in 1995. It is the first upgraded SSN with new weapons. Navy Commander-in-Chief Nikolai Yevmenov earlier said it was likely to become operational in April 2020 after a long break.

The Vepr K-157 began the overhaul in 2012 as it exhausted the nuclear fuel. The fuel replacement is complicated, costly and long. Next-generation submarines will have more fuel-efficient reactors. Their life cycle without fuel replacement is 30 years.

The Vepr was ready to sail out in 2016. However, the Defense Ministry decided that project 971 SSN need to be upgraded for new arms. The Vepr remained in the shipyard.

Project 971 was armed with universal UGST deepwater homing torpedoes, electric USET-80 homing torpedoes and underwater Shkval missiles. It initially had S-10 Granat complex with long-range cruise missiles. They can be fired from 553mm torpedo launchers at adversary targets with known coordinates. The missiles were Kalibr predecessors.

Granat was decommissioned from project 971 in late 1980s and kept in warehouses. It was decided to replace it by Kalibr and thus increase SSN combat capabilities. They will be able to strike also at ground targets at a distance of several thousand kilometers.

If such a submarine can covertly approach adversary coast and strike with conventional (to say nothing about nuclear) cruise missiles, it will radically increase its capabilities. Therefore, the running trials of the Vepr caused so much interest, the Army Standard said.

Radical New Stealth Submarine, Type-212CD, Will Be Much Larger

H I Sutton 14 Sep 2021
The German Navy (Deutsche Marine) operates a fleet of advanced submarines. The current Type-212A were ...