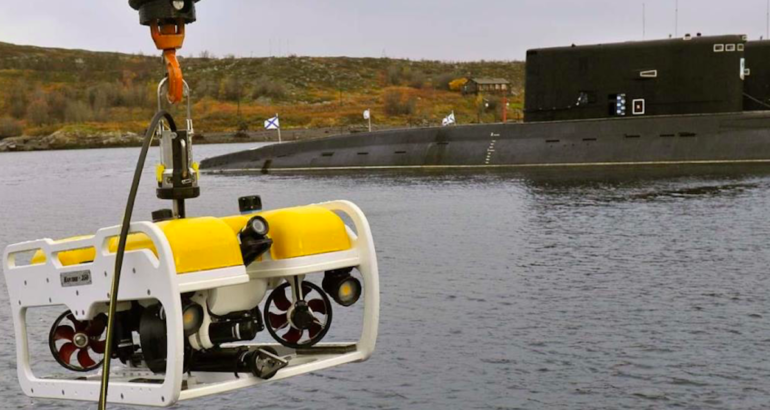 The information was reported to Navy Commander-in-Chief Admiral Nikolai Yevmenov at a working meeting in the Admiralty building in St. Petersburg in northwest Russia, the press office added.

The Marlin-350 remote-controlled unmanned submersible vehicle is designed to search for submarines in distress and other objects in coastal and inland waters and examine them.

Search-and-rescue forces have been receiving Marlin-350 submersibles under a program of implementing robotic rescue technologies to make underwater operations safer.

The Russian Navy is planning to use submersibles of the type to search for and examine submarines in distress and practice assistance to submarines during search-and-rescue drills. The Marlin-350 can set up hydro acoustic markers and surface objects picked up by the manipulator. The submersible has six propulsion units, with four of them set up horizontally angle wise.

The vehicle’s control system and advanced components make it possible for the propulsion units to execute commands (speed change, reverse) accurately and quickly, which meets the highest requirements set to new-generation search-and-rescue complexes.

The main feature of the submersible is its mobility and maneuverability. The Marlin-350 is deployed quickly and it is easy to operate, which is particularly important in search-and-rescue operations.

A thin flexible opto-electrical cable with low resistance to motion and buoyancy close to zero is used to connect the submersible and the above-water module. The data transmission system allows adding a variety of sensors and special equipment for underwater search-and-rescue operations.

The Marlin-350 can also carry an addition high-resolution camera, a multi-beam echo sounder, an altitude finder, an azimuth search sonar, an underwater navigation system, a manipulator and other equipment.

The Marlin-350 has been developed and is serial-produced by the Tetis Pro Company. It incorporates cutting-edge Russian technologies and advanced components and meets the world’s latest trends in the development of unmanned submersible vehicles.