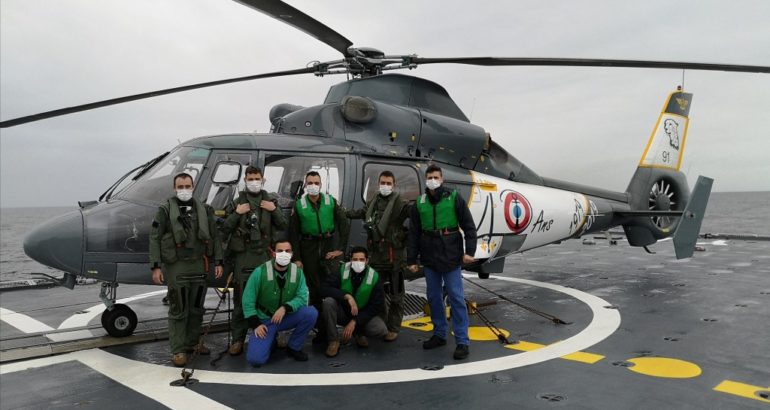 The French Navy (Marine Nationale) tested for the first time at sea the new "N" version of its AS365 Dauphin Search and Rescue (SAR) helicopter. The test campaign took place from a La Fayette-class frigate.

A detachment of 7 sailors and a Dauphin “N” helicopter from the 35F squadron got aboard first ship-in-class La Fayette during the frigate’s pre-deployment exercise from 20 to 25 April 2020.

This very first embarkation of a Dauphin “N” marks the completion of a long navalization work on these helicopters which began in 2013 (the new “N” variant standing for Navalized). The navalization work includes administrative and technical work that allows the aircraft to be deployed from vessels at sea. The new Dauphin “N” variant will help compensate the decommissioning of the venerable Alouette III (the first ones joined the French Navy in the 1960ies, hence their “Jurassic flight” nickname among squadrons. The last flight of a French Navy Alouette III took place in July last year).

The Dauphin “N” will also servce as a “stop gap” solution until the arrival of the HIL (Hélicoptère Interarmées Léger – Light joint helicopter) Guépard which is set to join the French armed forces in 2026. In early 2021, the French Navy will take delivery of four interim (and civilian standard) H160 choppers leased from Babock (the launch customer) and Airbus Helicopters. The will replace the four aged Alouette III helicopters the 22S Squadron was using for pilots training, as well as drug enforcement and anti-piracy missions.

In view of the current health crisis due to the COVID-19 pandemic, the unprecedented context in which this test took place makes it even more emblematic. From the preparation phase, drastic measures were taken both by the frigate’s crew and the detachment to reduce the risk of contamination as much as possible during these trials at sea.

To learn more about the AS365 Dauphin, check out the video we recorded last year while visiting the 35F squadron at Hyeres Naval Air Base: 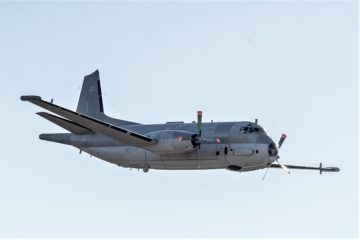 Xavier Vavasseur 08 Jan 2022
The French Navy (Marine Nationale) announced that one of its Atlantique 2 (ATL2) Maritime Patrol Aircraft (MPA) was targeted with a laser in Brittany, Western France. The aircraft used its own sensors to identify and locate the individual who was quickly arrested.