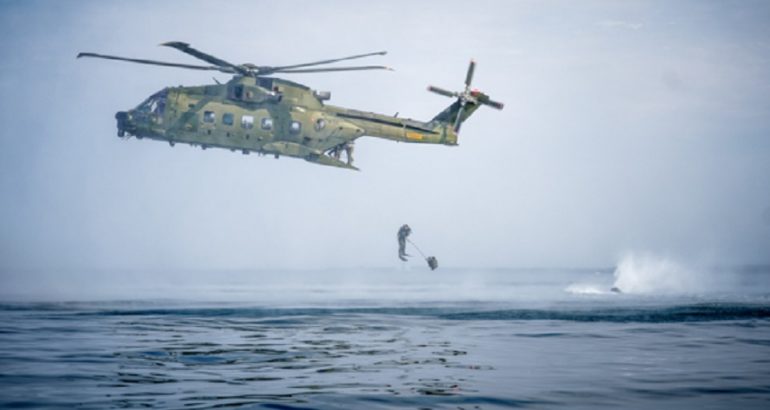 For the first time, a female successfully passed the Royal Danish Navy's Frogman Corps training course. The Danish armed forces who made the announcement yesterday added that Lene is the first woman to have attended and completed the demanding course.

Their mission range from reconnaissance to maritime anti-terrorism, sabotage, boarding and overtaking ships at sea…

Lene is one of just ten sailors to graduate this year. The basic Frogman Course is nine months. Each year 500 to 600 applicants start the course and less than a a dozen are selected in the end. The combat diving training last two to three weeks and trains the students in some of the Frogman Corps’ deployment methods, where the soldiers come unseen from the water to land.

For Lene, her participation in the combat diver course has partly been about developing and refining her fighting skills as a soldier and partly about paving the way for women in the special operations forces:

“I have been in the Armed Forces for almost 21 years, and I have not seen any woman who has been able to complete the combat swimmer training. I think it was my duty to see if I could contribute on that front, because I had faith that I could do it”

Lene hopes that more women will be inspired to apply for the special operations forces, because she is a supporter of those who give it a try – even if they are not sure of completing it.

A Danish reader reached out and explained: Lene passed a training course held by the Frogmen, not the course to become a Frogman. She completed a two week course, not the nine month course to become an operator. Also, she’s from the army logistics regiment, so not a sailor.

Naval News Staff 19 Aug 2022
The Danish Ministry of Defense (MoD) announced on 18 August a plan to invest up to 40 billion DKK ($5.5 billion USD) to strengthen the Royal Danish Navy (Søværnet).