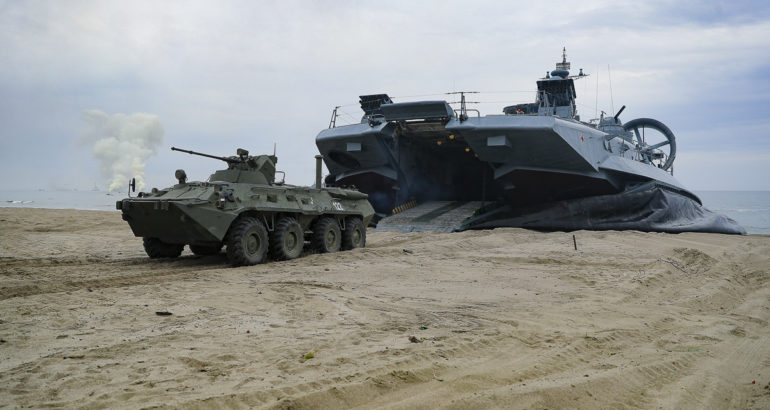 The Ocean Shield 2020 exercise has kicked off in the Baltic Sea on 3 August, the Russian Defense Ministry’s press office said. The exercise is being directed by Russian Navy Commander-in-Chief Admiral Nikolai Yevmenov, the press office added.

“Traditionally, the Ocean Shield exercise starts in the Baltic Sea after the Main Naval Parade. It involves naval forces that took part in the parade in the Russian cities of St. Petersburg and Kronstadt, as well as Baltic Fleet forces,”

In all, more than 30 ships of various types, naval aircraft, coastal, air defense and Marine units are taking part in the maneuvers.

During the first stage of the exercise, the ships left their bases for the assigned areas in the Baltic Sea. During their passage, they practiced mine defense.

The ships are currently practicing repelling aerial attacks, hitting naval forces, searching for and eliminating submarines and performing amphibious assault operations. During the exercise, missile and artillery live-firing will be conducted.

At the end of the exercise, the ships will return to the Baltic, Northern, and Black Sea Fleets and the Caspian Flotilla.