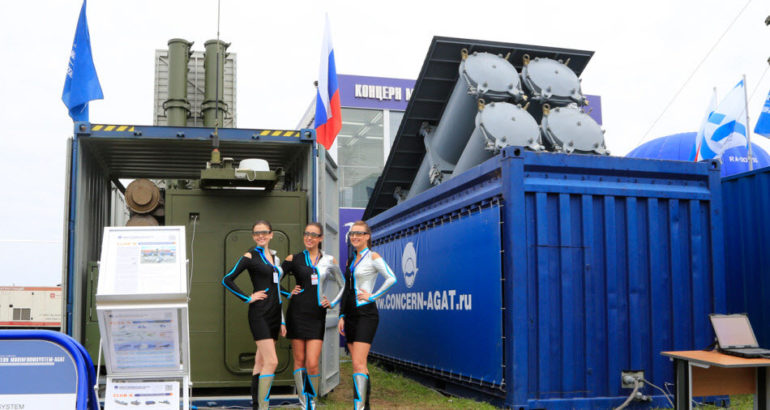 The Russian Navy will begin trials of new modular systems by the end of the summer. They include weapons and equipment carried in ordinary sea containers which can be loaded on various warships and plugged into onboard power supplies and controls.

The command can select the necessary modules for a sortie. Experts believe a set of such containers makes the warships universal, the Izvestia daily writes.

Defense Ministry sources said the new modules will be tested by the Northern fleet up to the end of the year. The weapons are carried in ordinary 20 or 40ft sea containers which are placed on various warships fit for them.

A container is placed on deck or below it, plugged into the power supply and integrated into a single control. The weapons can also operate autonomously without connection to warship power supplies.

Several series of warships designed for container weapons are being built. In particular, they are project 22160 and 20386 corvettes and ice-class project 23550 patrol ships.

Project 22160 corvettes are at the construction stage. Two of them are operational in the Black Sea fleet. Project 20386 stealth corvettes are scheduled to join the Navy after 2021. Severnaya Verf Shipyard has laid the Mercury lead corvette.

The containers can carry various weapons. Sonars and torpedoes are an antisubmarine option, antiship and cruise missiles are another.

The container can also carry Redut air defense and Pantsir-M. The former is installed on new-generation warships in vertical launchers. The ground modification of the latter has been numerously engaged in Syria and confirmed it is an effective air defense weapon. It downed dozens of targets, including drones, balloons, rocket-propelled projectiles, gliding bombs and cruise missiles.

Containers have been designed to carry drones, underwater craft, and hydrographic equipment.

Containers with arms and equipment can be delivered by sea or air to any part of the World Ocean and deployed onboard in several hours. Thus, it is possible to rapidly create an air defense zone or monitor submarines in any part of the world.

A medical module has been designed with surgery and intensive therapy wards. It can be deployed in humanitarian operations close to the coast of countries hit by natural calamities.

The concept of switching to the modular principle has been developing for several years, expert Dmitry Boltenkov said:

“The industry designed and is producing warships capable of carrying various container arms. They have to be tested. A modular warship is a platform. It is important that the Navy is beginning trials. The new system has to be tested and it is not an easy task. For example, Denmark designed container engagement, but failed,”